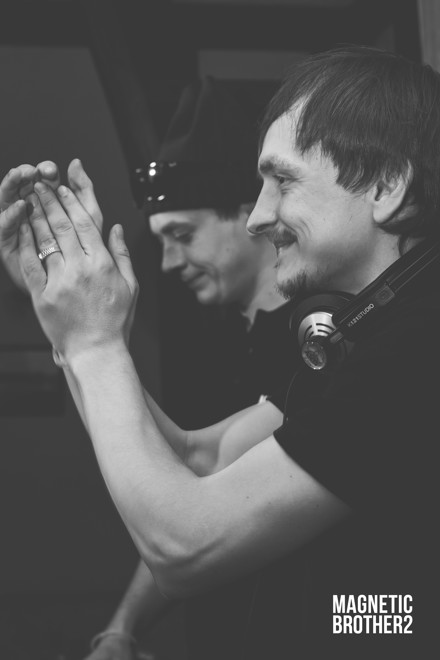 is a musical duo started in 2007
by Golubev brothers Anton and Arthur.

The release of Magnetic Brothers single “Melt With Me” in spring 2012 on Dutch label Zouk (Armada Music sub label) has become a magnificent event for the brothers. The musicians from Novosibirsk – Urry Fefelove&Abramasi and female vocal singer from Riga – Jane G. cooperated in the single recordings. Besides the Original version, has been released Remixes from trance scene maitres, Armada Music residents – Antillas&Dankann. Being inspired by the remix, Armada Music releases an Official music video. Being available on YouTube the video counted over 100'000 views and Antillas&Dankann’s remix got in Top 10 sales in Beatport Trance music store and remained there for a month and a half.
Later "Melt With Me (Antillas&Dankann Remix)" was re-released on numerous compilations: «50 Ibiza Tunes 2012» (ARVA), «Armada Stream 40», «40 Club Hits In The Mix», «15 Top Trance Hits», «Ibiza Soundtrack» (Armada Music) and others.

In spring 2010 the brothers have started their Deep Blue Eyes music label, under the distribution of Proton LLC (USA). The release of the «Istituto Marangoni 75th Anniversary Soundtrack» compilation played an important role in the foundation of the label. It was associated with the 75th anniversary of the largest and outstanding fashion and design school in Europe. The compilation contains the works of Pacco & Rudy B, Konstantin Yoodza, R-Tem, Kooqla, Arturo, Suke8 and other native and foreign producers. The self-titled Soundtrack was mixed&produced by Magnetic Brothers.