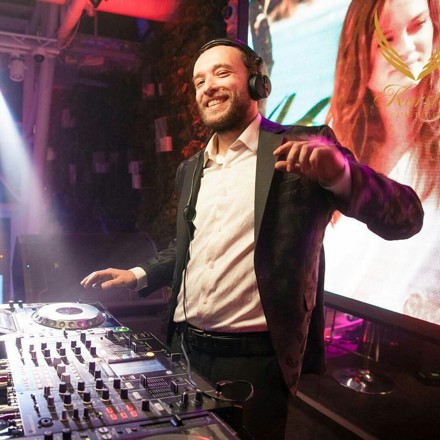 Slava HitRay started playing in 1998 and has been constantly progressing as a DJ taking part in a different venues. Never satisfied with simply being a run-of-the-mill DJ, Slava HitRay has been working on this hard to take his unique manner to the top level.

His DJ-sets combine a diverse spectre of musical genres from R'n'B, Disco, Deep, Tribal, Latin House and Moombahton through to the global edges of the Club, Dance and Trance music pool. But however, today Slava's favourite music styles are Pop, Disco & Club House.

DJ Slava HitRay has gained his solid reputation rocking dancefloors at Kiev, Moscow and Minsk clubs, playing for the most elite around Kiev’s high profile fashion scene at his residencies ‘Nobel’ and ‘Fondu Bar’ restaurants.

Year 2005 saw him getting into the final of "Jeans DJ Parade", an outstanding DJ battle. He is the winner of Nokia's DJ-competition "My Music is Me Myself". In the rating of Top Russian DJ’s TOPDJ.SU for 2007-2008 DJ Slava HitRay held 1st rank. Sooner his №1 Russian DJ rank at ShowBiza.net dj and musician rating proved 2012 year success.

His debut CD "Night Flight" has been released on Moscow label "Power Passion Sound" in 2006. Later DJ Slava HitRay appears with his "Gods Of The Dancefloors" uplifting mixes on Minsk label "Diskoteq". And soon his latest progressive/trance 2CD "Palm Jumeirah" timed to foundation of his own "Stereofaza" label in Moscow. Label's latest release for 2010 was an outstanding mixed Minimal House compilation "Housemaster".  Slava's debut single for the year 2009 is a great progressive track named "Floordance" that proves the ongoing success of this Russian MixArtist. In 2011 DJ Slava HitRay took ownership of new record label named FletBit - both of his label's releases could be found at the most popular world music stores including Beatport, iTunes & JunoDownload.

Now in the age of 40 years DJ Slava HitRay is famous all over the world with his perfect Tech, Progressive House and Uplifting Trance dj mixes. Thousands gigs in more than 500 event places in 100 cities and settlements have already been rocked by his DJ sets, now's your turn! Just book this DJ for your venue and get a fully satisfied party crowd, it's guaranteed! +79654031453 (DJ Slava HitRay)

Bass In Your House