All favorites 19
Um!No Black Edition (Warming up the bass Machines) 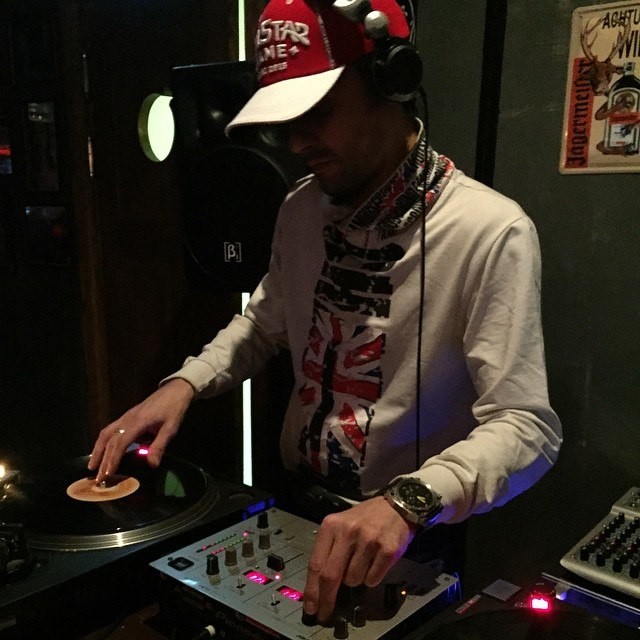 The beginnings in 1995 in club an aurora where has worked 7 years in passing played almost in all clubs города.играл with such dj s: as Global dj s (Austria), Suchov (Moscow), Arram mantana (St.petersburg), Kancher (MTV Moscow), Kompas vrubel (St.petersburg), Tsvetkoff (St.petersburg), Kolya (Moscow), Henry (Belgium) If the daddy the drummer, and mum - the professional pianist … If you fall asleep and wake up under songs of Antonova or ABBA If since childhood not football becomes your fetish or marks, and a musical player … very much can be that simply accidents, however DJ Crabу, and in the world - to Maxim Kravchenko, «the musical child» in a category «the musical young man» or simply DJ seemed quite natural to pass it from a category. And, it is necessary to admit, it was possible to it. The Brief information: the Name: Maxim Kravchenko n: 13.08.80 Age: 28 years the Sign film:« In the Separation »the Sign book: Laran Garne« the Electroshock »Cult musical group:« Rex the dog »Music: электро – a house, электро – клэш, прогрессив – a house, the updated music Musical credo:« DJ should not be the live tape recorder. I do show. I give all the best on – full. I win back up to the end. I give positive energy. Also I wait for a reciprocal impulse from a dancing »To be trained in game on a piano or drums Max did not become, he has chosen more democratic tool – a guitar. In 14 years has spent the first school disco, then senior pupils stably addressed to Maxim for the organisation of musical parties, discos and school evenings. Having decided that teenage parties and tracks Scooter – not our level, Max goes to a disco – studio" Tone ". There he comprehends all elements DeeJaying For the first time behind professional equipment Crab wins back a set in the Chelyabinsk club« Three pigs "." Bagira "," Garage undergraund », <>, <>, <;;>, <;>, <>,«Debarcader», DJ – sets on togas …. Further on accruing - a light step, to be exact speaking graceful пластиновой scrolling Crab has walked on sign clubs at first Chelyabinsk, then and the Ural region, has acted in Moscow (« rich club ») and has understood, it is possible to do good, qualitative music everywhere, and it does not depend on a point of your disposition and a club pomposity. Crab with interest concerns creativity of other DJs. Global DeeJays, a compass – Vrubel, Tsvetkoff, DJ FLASH, ARAM MANTANA, Suhov, BELL, Spyder, Spirits, Fonar – is far not the full list of with whom played Crab. For today Crab the clover, the organizer of actions and parties is the resident of bureau. (PARTY13) the main thing, considers Crab, not to be at a stop. As well as the majority born under the badge of a lion, Crab – префекционист. It equally well works on компашках and vinyl. This DJ is distinguished by high quality of data and a competent selection of tracks is an opinion of experts and public. It constantly traces new tendencies in электро – music, and sometimes foresees them. So it has turned out with inserts from films. Crab tries to decorate the сэты джинглами and counters. Its music gives positive emotions, it is adjusted on a positive, for this reason at Crabа a wide audience – from 20 to 50. «I reveal only in music. It is my Universe. I am not arranged under public, I form a new aesthetics