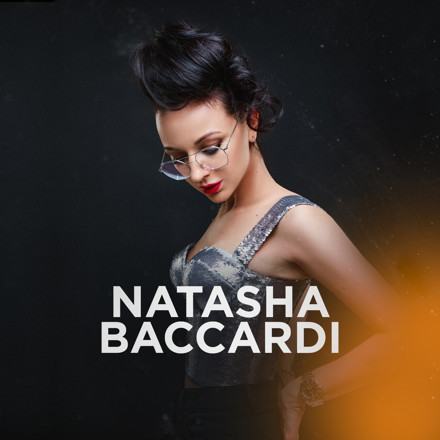 Natasha Baccardi has been retaining the title of the most touring female DJ in Russia for 12 years already.  The start of her performance shows dates back to 2004, when Natasha first was performing in her native city St.Petersburg rolling round 3-4 clubs per a night. Further on she became a really desired guest in top night clubs in Russia – from Kaliningrad to Vladivostok.

According to the data of  www.dj.ru charts in 2004 Natasha gained 64th position in top 100 DJs and 46th position in the same rating in 2008. She is still in top 50 in the main dance resourses in Russia.

In 2009 dj Natasha Baccardi together with Denis Rublev launched Famous Dj’s label and remixed pop-music hits of popular DJs start to thunder Russia  under the name of this label. Now Natasha Baccardi releases her music on LoveStyle Records, Prison Entertainment and etc and easily takes her positions in top 100.

Natasha’s music is a sort of an alloy of intricate music trends that can’t make anyone on the dance-floor remain insensitive.  As a person and a performer Natasha is always welcome at best capital social events and in all night clubs around the country.