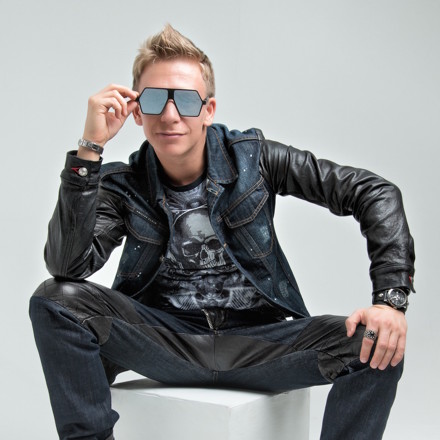 Dj Денис Рублев - Dj Denis Rublev (Moscow City)   (Resident of the “Music Publishing house” and of the Famous DJ records!!!) – is a head liner of the brightest parties; DJ, musician, remix maker with more than a 10-year experience!!! Moscow, Monte-Carlo, Saint-Tropez and Courchevel ; Germans, French people, Russians and other nationalities rock dance-floors while Denis performs his dashing sets and no one can remain still listening to such wind-up rhythms of the remixes by Denis, remixes that combine the force of electro and the vocal mildness.Career of Denis is moving literally as a growing-up tendency: from the first glamour clubs of the New century like the “Vanilla” to the legendary clubs like “Dyagilev”, “Rai”, “Famous”. Having gained recognition and adoration at the most VIP and cheeky events and parties in Moscow and St.Petersburg, Denis doesn’t stop moving forward and storming new peaks. Nowadays performances in the motherland have become quite a rarity since all the greatest foreign night clubs are haunting after Denis and his performance calendar is fully-booked.Nevertheless, Denis is doing his best to find opportunities for making his colleagues,  DJs, happy releasing brand new remixes and bootlegs. There isn’t a creation by Denis that can be named “a cliché’”. He is continuing to astonish the public, blowing completely new and unusual sound into the most beloved hits.There isn’t a social event that may claim to be successful and of the top-level if Denis Rublev’s name is not included in the line-up list.

Major Lazer - Watch Out For This

Denis Rublev - From Russia With Love

Lilly Wood and The Prick - Prayer in C