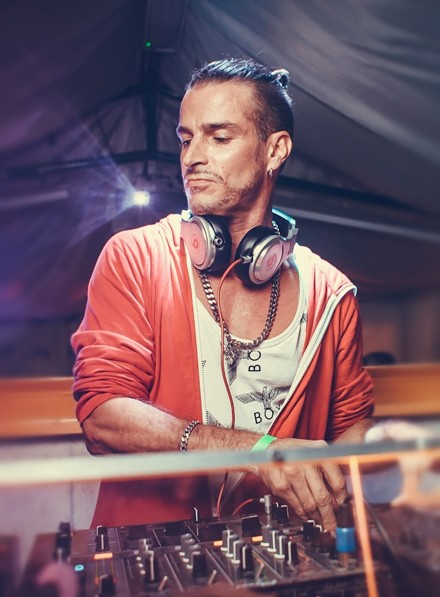 Biography..
On his mission to rock the clubs, the german mover and shaker with greek ancestors, Vincent Vega is on the go. A producer and DJ with classical education, taking the people on his journey of vibrating energy and pulsating soundscapes. From an internal desire to make people move and happy, Vincent started in the early 90s his career as frontman and producer of a famous german electro band. “Its all about energy, we exist from energy and we are moved by energy, music is the perfect carrier for strong emotions, bringing extasy and exitement to your heart” says Vincent about his passion for music, “and i will not stop until we made the very last clubber happy.” And it is all going its way as it looks in 2013, with more than 30 releases, more than 50 remixes, with a Radio Show on various Radiostations in Russia, more than 100 gigs per year in more than 8 countrys.
Vincent Vega was born in saarbruecken, germany, played already 3 instruments at the age of 8 years, soloist at the age of 13, was instroduced to electronic music trough jean michel jarre and kraftwerk at the age of 16. The first steps where made soon with sequenzers and tape machines, his first release was in 91 on a dutch underground label. A famous clubowner saw his talent and in 1996 they founded a studio and the breakthrouhgh act C.O.P. Project, releases on labels like technoclub, frankfurt beat production, superstar, tetsuo, electric kingdom followed. Another big step was the sucsess of “timo di roy - Don’t stop” on ministry of sound, wich was on the annual compilations of 2005 in germany, australia and south africa, also on the clubbers guide to ibiza in that year.