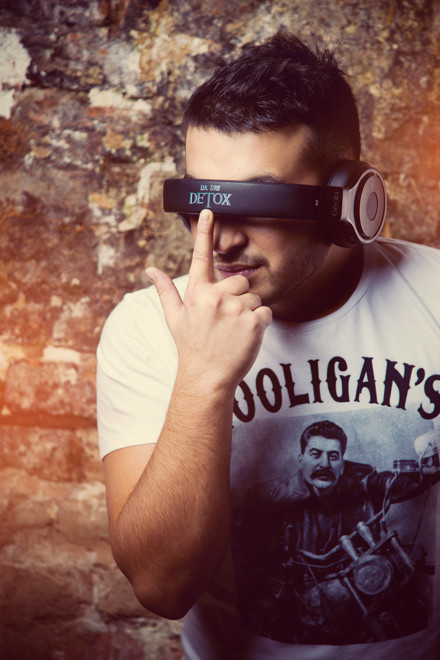 Taylor Swift - I Knew You Were Trouble

Kat Graham – Put Your Graffiti On Me

Loud Bit Project was launched in December 2010. Initially, the authors of this project were Ilya Gulevich (Dj Flick) and Dmitry Kozak (Dj Kalua). In the process, the project collaborated with Dj Alex Milano, Dj Anton ORF, Dj G. Ros, Dj Spark. Remixes, mash-up and other forms of creative rethinking of music are the basis of inspiration for Ilya and Dmitri. Both DJs came to Loud Bit Project in different ways.

Dj Flick (Ilya Gulevich) was born in Khabarovsk in 1988. He had taken a great interest in music since childhood, and in 2002 he felt the drive of club culture and dove into DJing. Bellagio was the first nightclub in Khabarovsk where he started his career. Three years later, DJ Flick lit in Moscow.

It wasn’t easy to fulfill himself in Moscow from the very outset and he had to prove that he was something. After fierce competition and intense fighting Ilya became a resident of nightclub Persona Grata. A few months later he was in the top three of DJs’s battle, organized by the magazine "MAG". Soon he was invited to important parties and events, to the project "Dom-2"- the further, the cooler.

In 2006 - 2007 one after the other followed invitations from such nightclubs as « Zoloto», «Versus», «Arka» and in 2008 he was a resident of the nightclub «Shaiel». He was making great progress and in 2009 he became not only as a resident, but also as a musical director in the nightclub «Louvre». The list of invitations was endless: «London», «Cocon», «Home», «10», etc. He was invited to almost all parties in Moscow and its regions. There were total more than three dozen nightclubs within a few years.

Gradually, DJ Flick formed his unique style that is so fond of the best dance floors; DJ Flick tried almost all areas of electronic music, but he set his choice on Vocal House, Disco House, Funky House and House.

А Dj Kalua (Dmitry Kozak) – is one of the youngest stars of Moscow nightclubs. In the autumn of 2009 he studied under well-known masters of DJing. He has achieved tremendous results having absorbed their skills, and put it on his own talent and own vision of music. Progressive House with his own variations was so popular and soon young Dj Kalua was invited to the best radio shows. New works began to appear on such labels as SSG Records, 8SOUND Records and others.

During the first year, the project presented such songs as: композиции, как:

The last one was published in autumn 2011

Loud Bit Project isn’t going to rest on their laurels!

The best tracks are still to come!!!