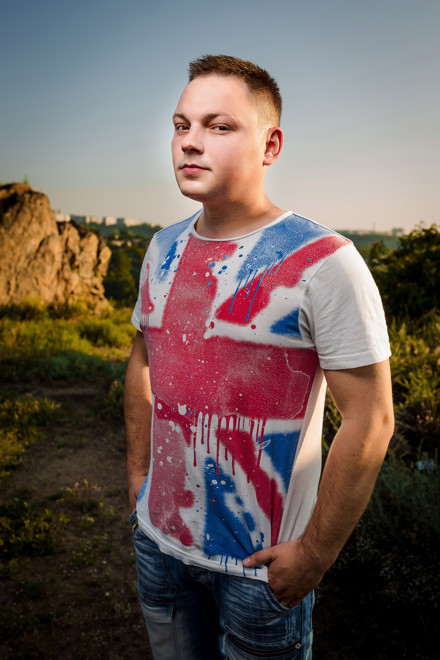 Toronto-Kiev-Zaporozhye ! Three cities in which Chervonyi Eugene (aka Xsonatix)
is familiar as a DJ and producer with a good taste.
Born in Zaporozhye(Ukraine).
Paid attention to the music since high school.
Then he liked commands such as "Rick Wakeman", "Bohema", "Patrick Cowley" "Kraftwerk"
and "Deep Purple" and who built his musical outlook.
In 2006, fully immersed in the world of electronic music. Understanding information technology and feel the music.
Received a good offer to become a resident of one of the best nightlife Zaporozhye NC "Crow Bar".
After working there for 3 years left for new ideas in Canada.
There are currently studying in Toronto.
Often as a guest at private parties.
Communicates with many DJs and producers of Canada and America.
In the tracks of which he wrote, you can hear the new sound as it is now - it is fashionable to call Dirty House.
But as you can hear in his tracks interspersed several styles such as: Disco, Fidget, Euro and Tech House.
Big supporter of commercial music!
In his remixes you can hear the beautiful light well and smooth transitions in a good Groove sound!