Able to make public his powerful energy, and musical taste will satisfy any, even the most demanding musical gourmet.

2003 marked the beginning of extensive touring, which now includes more than 20 Russian cities. Lives and works in Ryazan. Conquest beloved city began with cafes and pre-party party, and continued almost all clubs Ryazan.

From 2003 to 2005 - VIRUS - a resident of the most popular and the largest city of Entertainment "asteroids" (Crater Club) complex, the leader of the city dance clubs for all his time being. Here he became a member of many series of parties held by world-renowned companies PHILIPP MORRIS, COCA-COLA et al., Playing alongside such bright stars of the dance floor as the Phunky D, Jungle, Arram, Karas, Ivan Scratchin ', Romanov, Kirilloff, Utah M Paul , Alex Cox and others.

Since 2006 - Frequent guest of the club "Highway" (Moscow) and the resident of the club "Molotov" (Ryazan) (2006-2007). Also to his credit a booking for special pre party. Repeatedly participated in creating a special atmosphere at private events and presentations, the guests which are always indifferent to positive music.

C 2006 to 2007. The author and host of the club's radio show "radioactive" in their own radio. The first real live radio show dedicated to the Ryazan clubs and electronic music.

Since 2011 Vesta with Selektor Sergei created a radio show "Hits tantsploschadok 21st Century", which goes on TANZ.FM (www.tanzfm.ru). 2016 Fm radio show out on the waves in the "Radio Day" radio station (www.radioday.fm)

In 2013 he became a resident NINETWO project.

in 2015 created the project Progressive People Radio Show. Podcast is published every month in the spaces of the Internet and radio TANZ.FM (www.tanzfm.ru).

In 2016 begins active work on writing their own music. 2016go in March with the support of Ganesha Records (ganesha-records.com) go right 2 singles: By My side and Universal. In addition, on the same label goes remix Groza by Vadim Kasse.

Continues output of the set of remixes of Russian artists.

Playing music for over 22 years, the club feels great audience, whether it is a central dance floor in town X or starry metropolitan institution.

However, another of the most famous DJ Kapital Alex Ryazan from 2004 to 2006 was a member of ProTone Project project and is co-author of remixes D.I.P. Project, Man-Ro, DJ Romeo, DJ Groove, Broken Sound, Yana Kay, Agent Smith, Pig-iron guard and others.

Yuri Antonov In The Mix

Welcome To My Space EP

By My Side EP

Iconique - Step Into The Mood 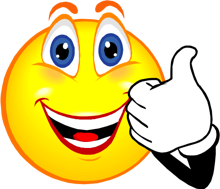 85 -1 position, all styles
per year (all countries)

75 position, all styles
per year (Russia)