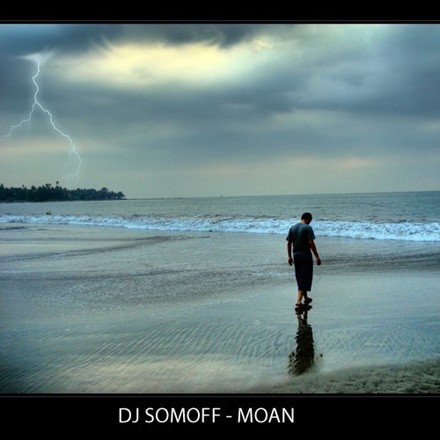 The love to music arose at Alexey since the childhood. Strong influence on his formation musical world outlook was rendered in due time by such collectives as Depeche Mode, Kraftwerk, Duran Duran, Camouflage , U -2 , Mylene Farmer .. In 90 in hands there are compact discs and the first plates with the present  electronic music with which instantly falls in love Somoff. He burns with the desire to acquaint wider weight of people with this music. And the first elements professional Dj  receives in night club "Crown" where in a consequence and acts in a role Dj . During this moment he understands that the life will be inseparably linked with music. Beginning Dj  of career - 1994, about 1998-1999 was the resident of club "Crown" Volgograd. In 2005 - the winner of competition Sound Storm (Captain black) - "Become the Captain of a dancing". - Competition among the best DJs of Volgograd who were selected  DJ Nick Hodgkins (England), DJ Mike Spirit (Moscow). Performances  in night clubs - "Piranya", "Ibisa" ( Volgograd) , "Megaspace" (Volga)  and   clubs: "Velvet" Budapest (Hungary), Toronto (Canada) - club "Neon". Dj Somoff gives preferences to styles: Progressive House, House, Techno, Minimal techno, Tech House, Electroclash, Progressive Trance. Being the adherent intellectual , but during too time of melodious sound Dj Somoff definitively makes the choice. His game is under construction first of all on melodious and qualitative sounding, but with presence  in her of a certain sense...!   His total energies and lives mixes are allocated with beauty and a delicate taste of selection of music. That in the combination makes  his mixes interesting and remembered !!!