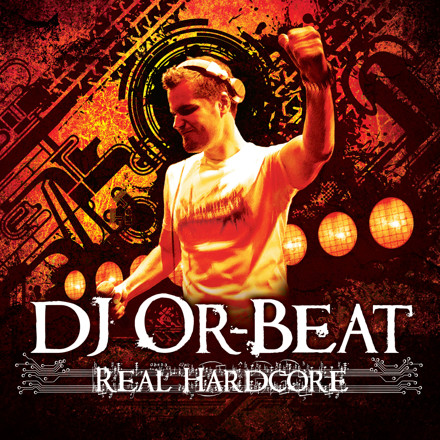 This Russian DJ began to spin hardcore 20 years ago. Since that time, Or-Beat has literally built one of the world's most incredible hardcore scenes, based in Moscow Russia. In 1995, he started a radio show and production company called Orbital Station. Besides throwing more than 80 successful hardcore parties, Or-Beat also played at every major electronic music event in Russia, headlining at high profile festivals such as InStanzia averaging 50,000 people each year.

The man also behind project MIR on Fix Party records, this multi-talented DJ/Producer is signed to Masters of Hardcore. With stomping party tracks such as "World of Terror", "Keep it Alive" and "Fuck The Past" DJ Or-Beat brings explosive energy and wicked atmosphere to any party.

This Russian legend was signed to Holland's Masters Of Hardcore and Fix Party and has become a well-known producer. DJ Or-Beat's hit single "Keep It Alive" stayed in the #1 spot on the Dutch Hardcore Top 40 for 8 weeks. His tracks are being played by all major hardcore DJs and released on a number of CD compilations around the world. Undoubtely, DJ Or-Beat is Russia's Number One Hardcore artist.

"Prepare yourself, the 'Beat' is coming."