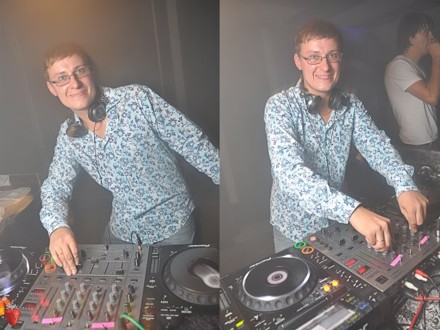 DJ John Steel - this is how Eugeny Pisarev presents himself in front of the public. He was born in 1981 in Chelyabinsk city. His life's principle is "positive and there is nothing but positive!". Music takes one of the greatest part of his life. He is not afraid to dream and believe, so far as he knows that power of music connects people.
DJ John Steel was fond of music since his childhood, but the year 2006 has become a crucial point when he heard electronic sound for the first time in his life and realized its beauty. Later on he has been giving electronic music the preference over the other music.
He started organizing and classifying his music collection in the beginning of 2006. And in March 2006 he took dj's classes in "Casa project" night club!

DJ John Steel started his career as a DJ in May 2009. At that time he became a resident of "D-FM" radio station (electronic music 107.3 Radio Station in Chelyabinsk city). In November 2009 he was a resident at "Sugar free" night club and in December 2009 he was invited by "Casa Project" where he has been working till now.
Check out my web site (www.galaxy-club.ru)