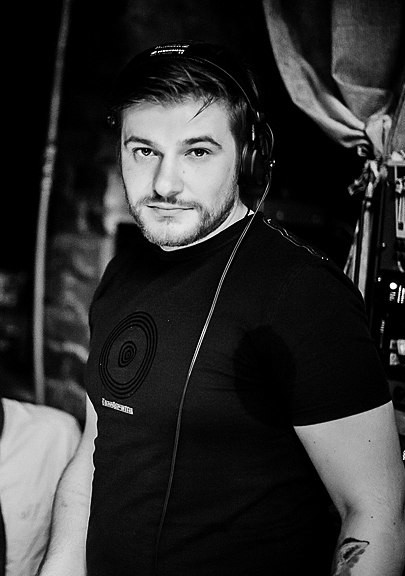 The main direction of the house, in all its manifestations. Preference to deephouse and nudisco.

Tony Slyman originally played under the name Dj LiS. He started his career in the far North in Norilsk. Despite the remoteness of the city, managed to achieve recognition throughout Russia, particularly by organizing the Afterparty Northern Russia (which still exist under the leadership of his protégé), organization of mass supplies of the stars of the club scene, and residency on the radio D Fm and megapolis in Norilsk.

In 2010, the move to St. Petersburg resulted in slight career break. The time has gone on the past career experience, it was during this period and was born the nick and Tony Slyman "from the pen of" go first mixes updated sound. Since 2012 began performing under a new name, i.e., actually started her career completely from scratch, without the help of any of the peers. In less than three years, his name became known in wider circles, having played sets in almost all establishments SPb.

Tony Slyman and the only permanent resident of The hot bar (bar entered the top 10 bars SPb-spb live nightparty). For more than four years a resident of one of the most successful AfterParty from Coctail Project. Also is more than three years a resident of the project DeepMonti today continues to lead an active career as an independent DJ and musician.

During his career has performed in such cities as Moscow, St.-Petersburg, Krasnoyarsk, Sochi, Kiev, Odessa, Rostov-on-don, Novosibirsk, Kaliningrad, Khabarovsk, Surgut, Ufa, and Vyborg, Dudinka, Norilsk and many others. Eyes and beyond the vast country, and have already "mastered" Ukraine, Finland and even the Dominican Republic. Played sensational sets at Kazantip Republic was one of the guests of the club project "Atmosphere", one of the members of the official after-party "White Sensation 2014".

Her discography counts over 40 mixes and compilations, including 6 CDs for the year 2014-2016.

Many of the mixes are in rotation a huge number of Internet radio stations. The greatest popularity brought remixes: Kino - Watch yourself (Dj Lis Vs Dj Sahara rmx) Axwell&Paul vs Tom Novillie - Just Discour fuck (Tony Slyman mashup) This work is still broadcast on many portals, although not always with permission of the author. Every performance of Tony Slyman has its special and unique atmosphere filled with selected and exclusive material from the collection of the artist, collected over twenty years of experience of the game.