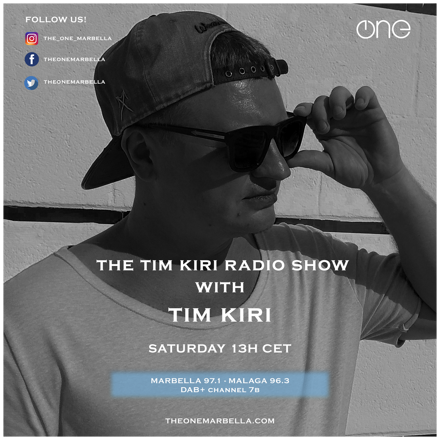 In English In Russian
Musician and DJ from Russia. His music is a combination of beautiful melodies for sunny beaches and dance rhythms for night clubs. He began his career in 1996. Resident of European radio stations such as Beachgrooves, The One, Mambo Radio. In collaboration with Sugarman, he released tracks on the following labels - Seamless Recordings, Natura Viva, which were aired on Ibiza Global Radio, Playasol Ibiza Radio on the island of Ibiza. Frequent guest in Spain. In recent years, he creats music for his radio show.
BIO Sugarman & Tim Kiri:

Against the background of electronic, dance music, this project stands out for its melody of their own tracks and "warm" guest mixes. The project became recognizable of the song "Sugarman & Tim Kiri - muSIca", which was supported by world DJs and fell into the hot rotation of "Ibiza Global Radio". After the release of Sugarman - Deepest Time, the EP is rated as one of the best releases in March 2019 by Beatport, the largest "house" platform. Their releases have received great reactions from many in the scene, and have hit the top 100 Deep House chart on Beatport, as well as hit the top 20 on iTunes Netherlands. In 2019, after guest performances on the venues of the island of IBIZA, the project was invited to one of the leading stations "Mambo Radio Ibiza" with the author’s radio show "Turn On The Summer". Sugarman & Tim Kiri are frequent guests of Rooftop parties and beach events.