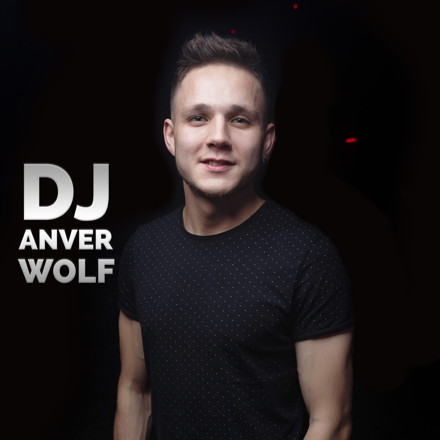 Each of us is created in order to create, create, invent. Each of us has its own purpose. Someone was born to sing, someone to dance, someone was born to listen and so on. I chose music. Music in each of us. It's like a breath of fresh air, fresh dew. From the earliest childhood I sang and danced more than I spoke. It was music that was the very first impulse to create!

His first work began to do in 2012 and to this day has released a lot of mixes and podcasts of various genres. Since 2013, Anver Wolf is a DJ and the founder of the FUSION radio station in Russia on the Internet. During this time, the radio station managed to gather a wide range of radio listeners not only in Russia.

Since 2017, being in St. Petersburg began his DJ career in nightclubs. Upon arrival in his native Novosibirsk managed to play sets in the clubs Izum, Kletka and Cabaret Hole. Currently, Anver Wolf plays in Moscow clubs, such as PLAY Bar, Voda, Central Station Moscow, Brocard, Vinari Bar, Matreshka, Doberman.