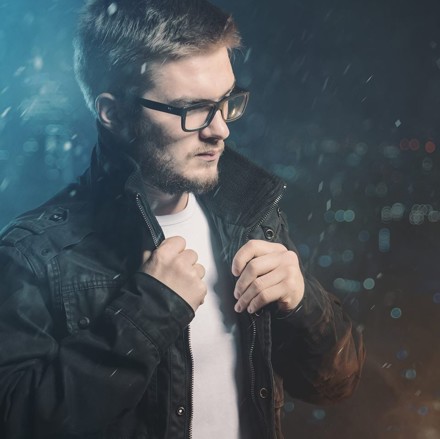 Has begun to improve his skills as drum & bass DJ since 2005 . The debut is in 2008 . On May 1st 2009 he took the first place in a festival "Big Up: UrbanFest" in the nomination "Best DJ". On the performances with his participation you will hear a selection of explosive drum and bass and "lyrical" directions at the most unexpected moment. Differs in special vision of this music, daring to be beyond for a while groove, then, when it is the most pertinent. Each performance is impregnated with understanding of a genre and sincere love to each sound. From time to time, since 2009 he performs as a guest of the legendary radio-show "Pirate Station" with GVOZD on Radio Record (106.3 FM / Saint-Petersburg ), on Pilot Radio "Drum Theatre" with Alexx Rave, "DEBRI" on Radio Record (Irkutsk), Bassport FM [UK], Hit FM (101.7 FM / Moldova), WELOVE DRUM&BASS Podcast (with Gunstaband) etc. Cooperates with MC Dosh (One of the first Russian Drum & Bass MC’s / St. Petersburg) in the sets (10/14/2013 live @ Radio Record, 06/21/2016 of live @ Radio Record), and some mixes and intros. Supported Velo Hora festival @ PMAN (Moldova) in 2011, and played Drum and Bass for thousands of marathoners on Chisinau International Marathon in 2015 and 2016. Once a month since May 2016 he comes with the hour of Drum and Bass on Pirate Station Radio @ Radio Record (online).