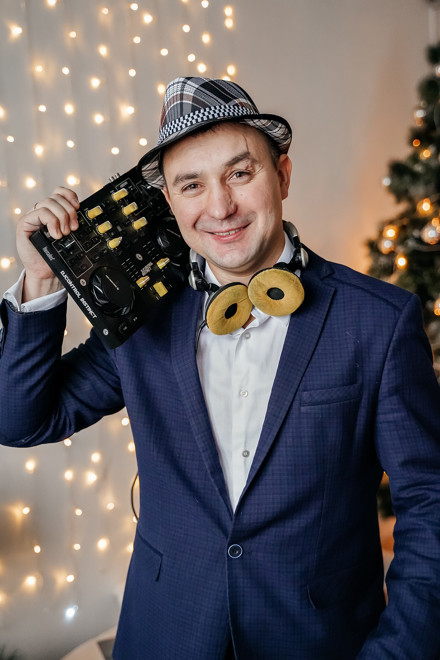 DJ Sasha Broker – the unique phenomenon of the Russian electronic scene, an embodiment of positive energy, cheerfulness and style. Its virtuosity, charm, good taste in a combination to excellent technics of game – here a secret of obedinjajushche-positive atmosphere which he creates during the performances.

Is constantly desirable visitor of various programs on FM-radio stations of many cities.

Magic rhythms of electronic music and studio atmosphere involuntarily inhaled in it something new, not ordinary, sometimes a bit naive, but strict, in general on the brutal

The integral character trait of the DJ is its achievements, each of the found stages in a ladder of a world electronic scene is more exact it seems already something ordinary.

In its musical boxing only свежайщие the compositions at times advancing time. In ear-phones constantly play the newest releases from every corner of the globe, but only true brilliants after strict selection get on "table" of the listener. At times from usual for many tracks, he can create an extraordinary cocktail which will force your body to dance. All its sets are characterised by the most powerful power which it transfers in a hall and it was noticed by many clubbers and promoters.

Set of the hours spent behind listening of a new material in the best musical shops. Exacting public and constant desire to develop, has brought up in it, unique, not similar to others, taste, and ability correctly to submit a musical material.