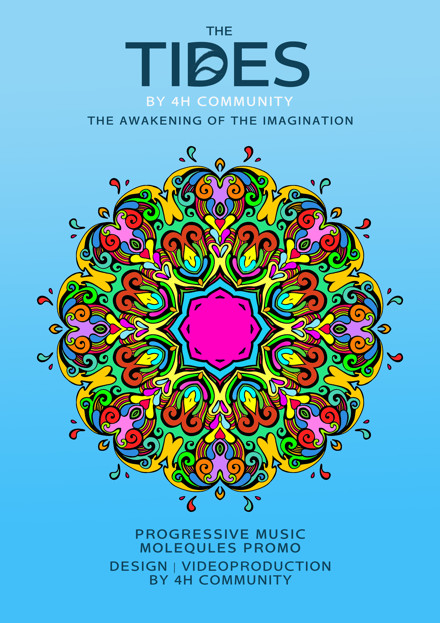 From the origin of club culture in Ekaterinburg of Slavyana absorbed a musical atmosphere with the special attention. Familiar many on the rhythm and energy, and also to dancings appearances in the volumes of nightly smoke and endless blinking of stroboskops, Slavyana searched the style in music and found the favourite sounding in mixing progressive trance, progressive & deep house, breaks & tribal.

In winter 2008 years a new branch began in dj life of Slavyanа. In a tandem with RufferMF first mixes were writtenin Endlessness (progressive house & trance), Is This For Love (lounge)... further anymore...
Then, on June, 1, 2008 years was created dj blows 4H Community.

RufferMF - Igor Permyakov.
Gave birth in 1980 in town Sverdlovsk (now Ekaterinburg), 28 February in a leap-year. Weight does not remember. So, however, and a musical career began. More intimate knowledge with electronic music happened somewhere in 1996-97 years. This was a 90-minutes cassette Basf with collection under the name Acid Vol.1 (Acid House & Rave), well and then Thunderdome (Hardcore). After all of it the known followed to all Dune, Das Modul, Scooter, Brooklyn Bounce, Charly Lownoise & Mental Theo, Blumchen, Red 5, Technoheads, Daft Punk, Chemical Bros., Groove Armada, Modjo, etc.

Vinyl first appeared under fingers somewhere in 97 or 98 to the year (one of plates was called More Kante - Yeke Yeke), when on the ground of club Pyramid dj courses were opened under the direction of father of the electronic Ekaterinburg stage of Andrey Buhgamer and Denis Kholmogorov. Then young Igor knew about "to the squareness" musics. Besides all other he began at that time "to drink, smoke and dance", that to mature.

The constituents of usual follow further club-development in Ekb.: Luk, Canyon, Autobahn, Zebra, Ptyuch, Om, No Signal (ERA-TV), Not to sleep! (4 channel), Exotica, PV, music, music, music ... Igor was in all of it rather inwardly, than outside. Such is character storage, to be everywhere, but to be with by itself. The faculty of teleradiojournalist by GU became basis of development of vital preferences of those days also.

Up to 2006 dj tendencies overgrew only in a comfort and somewhere at heart. Musical creations were created, musical taste had been filled with the juice, the musical world was always alongside. Dj reviving began in a club for the most positive and the best people of city, in a club Kvartira, that then lived on the 5-m floor of Sovkino. Monday, cognac, champagne, music. You will disbelieve, but all "new" dj life was begun with compositions The Beatles.

Further deepening happened in electro clash, funky house & lounge. Together with DJ Vasyamtv appeared unexpectedly dj-blows and they mixed everything, that to the soul pleasingly, from Michael Jacksona or Nirvana to Digitalism or Gorillaz. Besides djing RufferMF chiseled the compositions and remixes periods in quite different directions and moods. Similarly hands got to the videoproduction project about club life of city Imagine on Geometria.ru.

At the end of the winter of 2008 year love happened with wonderful girl-dj Slavyfna and musical roots was intertwined in other element, in deep & progressive house & progressive trance. Sprouts developed in the native element of sequences and underground-poems.
Hardly later of union formed dj-blows 4H Community.

The apogee of joint creation were collections Endlessness, Pulse, Lost Autumn and Lounge-projects Is This For... Love and My Tenderness. The last opuses were compiling The Voices In My Soul & DeepSence, which deservedly estimated and criticized boys from a collective 4Mal, and similarly known all promodj-community the association boys Fuck Me I^m Famous and Max River.

In plans 4H Community to write down the first valuable album. Probably, he will be named Progressive Souls, and accordingly will plug in itself compositions in directions deep & progressive house, techno, trance & a bit tech-minimal. And while the first pancake on the name Ocean Whispers bore a few days prior to a pancake holiday. He was someone like, someone choked over, but there is a hope on that next blintzess will be more delicious, goldish and given with caviar oversea.

We Are Creations Of The Dark.