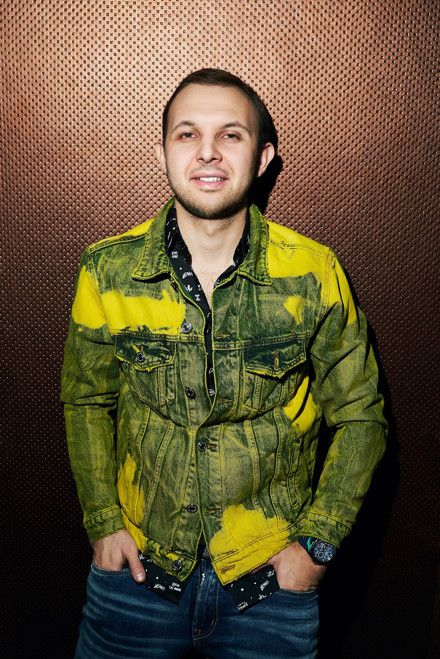 In English In Russian
Shirshnev - one of the leading DJs, sound producers of Russia, a resident and guest in the most fashionable nightclubs.

In 2013,2014 nominated for the title of "Best MAINSTREAM DJ & SOUND-PRODUCER ON THE VERSION OF VKLYBE TV CLUB PORTAL" In 2014, as part of "IBIZA IMS 2014" (International Music Summit), presented his author's album!
In 2016 entered the 10 Best DJ'S in the annual award "VKLYBE TV AWARDS 2016"
In 2017 entered the TOP 5 DJ'S RUSSIA By "VKLYBE.TV" AWARDS 2017 Participant of the annual club departure of the best club grounds of Russia - VKLYBE TV HOLIDAYS
In 2018 became the official DJ for Miss Russia Afterparty 2018, which was held in SOHO ROOMS.
In 2019 entered the Top 100 DJ'S Russia by DJ.RU
Author of numerous remixes that occupy honorable seats on radio stations and portals!

Such seemingly uncommon quality, as assertiveness, today plays a very important role in acquiring an enviable reputation among club members. Mastery of DJing plus this is the very quality today and guarantee the popularity among the fans of the clubbing and the residence in the most fashionable nightclubs, and the opportunity to develop in the given direction by leaps and bounds.

Shirshnev is a vivid example of the above theory, his age only emphasizes his talent, which developed so early and announced himself to the entire club capital. He began to study music, not realizing that he would soon decide to devote her whole life.

At first, the attention of schoolchildren at discotheques, and then the views of mods of the largest Moscow sites were riveted to the DJ standing behind the console, whose pseudonym was his own surname - Shirshnev. Later he began to write music, in which he tried to express musical sympathies and bright emotions, with which the night life of the metropolis is so rich. Maxim's ambitions did not allow him to take advantage of the services of strangers, so he had to walk on the stairs of a DJ career on his own. He placed his works on the net, and one day luck allowed him to taste the fruit of work and patience. DJ Sedov decided to help the young musician, engaged in his professional education.

Thus, by 2004, Shirshnev became a resident of the American Pie club. A year later, together with DJ Timmy, he created the project T.Sh. Project. And by the end of 2006 - a joint project with Dj 55 (High Sound Promo). His name more and more began to flash on the pages of the Internet, music sites and in the billboards of clubs.

Kill of Us Mixed by Shirshnev

The Next Level Mixed by Shirshnev 2018

Fired Up Welcome To September 2017

The Beginning Mixed by Shirshnev

What is DEEP??? Mixed by DJ Shirshnev

X YOU Mixed by DJ Shirshnev

Come Together With Me Mixed By DJ Shirshnev 2012

Dj Shirshnev-BEST OF THE BEST MIX