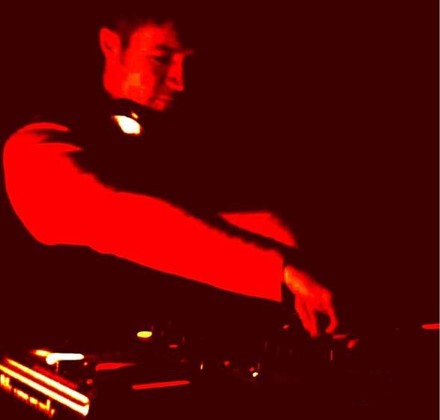 Yura G DM (real name Yury Gavrilov) was born in 1979 in the town of Kimovsk, Tula region. In early childhood moved to Ryazan Region, where she lives now.Love for music from an early age he instilled father having primary education in the classroom violin, without noticing, because in his collection of vinyl records, there were many, popular at that time, groups and artists, ranging from Soviet music ending foreign music in different directions. Yury liked to tinker in the data records and listen to everything, eventually developed a taste of it, and in the meantime developed and the desire to become an artist, to write music. But until then free time listening to sit at tons of different music, popular in those years, and simultaneously analyzed, of which it is composed.School years in 1994, realizing the principle of its construction, Yury decided to create his first composition for this purpose he collected some tape from his friends and started sampling music on cassette. Delight of the result does not have to wait long and Yuri realized that he was able to take the first steps in a magical land called musical creativity. Development in the music interrupted army. After which he took up again the work of continuing to learn music software and the basics of information and electronic music. With the advent of the first full-fledged music software, Yuri began to create their own tracks.Release the first two were held in 2009 (In My Head and Mysticism To My Lifes (Break Relaxation)) in Belarusian label Magic Sounds Records,In 2010, Maximum Charge by Ukrainian label Royal Tracks, Deep Ocean Hungarian label 7Sease NuWave Records, New Glance At Breaks on the Russian label Creative Digital Record, Control The Body and My Feeling, My Dreams on the Russian label SSG. Maximum Charge track was supported by many Russian and British DJs.In 2011, the release of the single Limiting Velocity on the Israeli label RADON, release Explorer Spanish label Cutoff Recordings, Music don't lie Belarusian label Mad Monkey Records.In the same year became the Explorer "track in November" in Spain and re-released on the Spanish label Complicity, was supported by known Spanish DJs.In 2012, the output of the next single Deep abstraction in several versions in Spanish label Cutoff Recordings, singles reissue New Glance At Breaks SIngle on the American label PROTON, in the same year released Release Techno mass at the Russian-Italian label Nine Sides Records (Arrant), reprint track Town lights deep in the night (Original mix) on the German label Gastspiel Records.In 2013 came just four release on Russian label Trombax Records, is The Club life, Space rain, Magic dawn and The forgotten continent, followed by the release of a remix for the song his friend Rousing - Night beach, which was released on the German label and Hutman Records reissued in 2014 by Br Selections in the collection's best remixes.Music Yury sounded on radio stations such as Radio New Wave (Minsk, Belarus), Shake.FM (St. Petersburg, Russia), ReelFM (St. Petersburg, Russia), Radio positive (St. Petersburg, Russia), Listen 2 My Radio (St. Petersburg, Russia), Radio Club Music (Moscow, Russia), Sector FM (Chelyabinsk, Russia), Radio Style Station 90 (Moscow, Russia), Radio Energy Of Soul (Moscow, Russia), Es Paradis (Saratov, Russia), PROTON (U.S.) DFM (Russia) and other radio stations.There were also performances, but Yury prefers to devote more time and creativity, and not DJing, but does not deny the request of friends and occasionally playing in clubs and at private parties basically where can not get anyone.Currently Yury continues to engage their creativity and helps develop young talented composers. He hopes that his work will not leave one indifferent listeners and continues to do for them.

Create your own visitor map