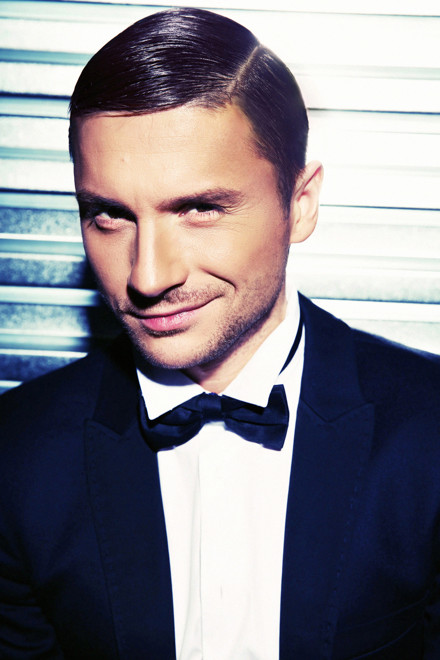 Singer and actor Sergey Lazarev started his career when he was younger than 10 years old, singing in Loktev’s children choir. From this point on, music has never stopped being the most important thing in his life. When he was 14 he was already receiving his first musical awards, won several children’s song contests, and ended up in a very popular “Neposedi”, same band where Julia and Lena of Tatu met each other. In 2000 Sergey entered Moscow’s famous MKHAT theatre school and graduated in 2004 as a professional actor. Being a student, Sergey started playing main parts in Pushkinski Theatre’s “Romeo and Juliet” and “Karamazov Brothers”. At the same time, together with his childhood friend Vlad Topalov, Sergey started a boy-duet Smash!! that shortly after was singed by Universal Music Russia and became one of brightest Russian pop-wonders in 2002-2003. 5 #1 hits, numerous awards and millions of copies sold in Russia, CIS and South East Asia, was a result of a short duet’s career – the boys split up in 2004 only one week after release of their second album. Sergey began to record his solo album in 2005, also coming back to theatre scene which he left in 2003 because of band’s packed schedule. Together with British producer Brain Rawling Sergey recorded most of the songs for his debut “Don’t Be Fake” that was released in November 2005 and sold instantly more than 300 000 copies in Russia alone. As for theatre life, his part in Broadway-style musical comedy “Borrow a Tenor” brought him 5 professional theater awards, making the play biggest success of 2005 theatre season. Also in May 2006 Sergey received Russian National Music TV Channel’s MUZ TV Award as “Best new act”, and 4th single from the album, title song “FAKE” was released to clubs in the UK, debuting on July 30th at #28 in Commercial Music Club Chart in Music Week. #16 at 21.08.06 (www.musicweek.com)