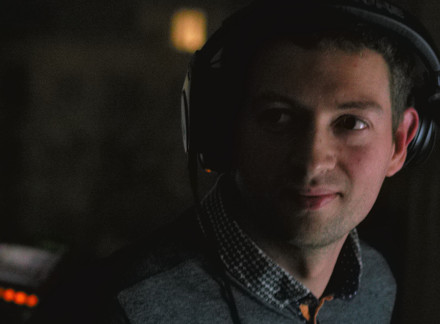 The latest release from Steller Fountain welcomes Cosmonaut and Rebus Project to the label for their debut EP. Hailing from Russia and Estonia respectively this is the duo’s first collaboration together following successful solo releases on Baroque Records, Eternal Music and Intricate Records. Their double a-side release for Stellar Fountain is entitled ‘Exosphere/Man Enters Space’ and comes alongside a remix from Monojoke.

Cosmonaut’s ties to the psy-trance scene are interesting and they do come through in the production to an extent. The lead cut ‘Exosphere’ is quite cosmic but at the same time incredibly groovy. It’s well contoured low end and pristine drum work takes care of that while just the right amount of quirky electronics and timely drops keep your attention locked. The companion piece ‘Man Enters Space’ comes in quite a bit deeper and complements the lead perfectly. Again there are a lot of astral qualities layering the smooth, rolling groove but the most distinctive elements are the vocal samples; compelling in a way and heavily processed, they add a unique story to this interstellar tale.

The lone remix comes from scene veteran and Stellar Fountain artist Monojoke who is making his ninth appearance on the label. It’s been a busy summer for the Polish producer but his year has ultimately been highlighted by collaborations with fellow countryman and Electronic Tree label boss Tuxedo. As Fluente, the duo showcased their music on Knee Deep In Sound and Sudbeat. On the solo front Monojoke has continued to deliver electrifying productions and his ‘Exosphere’ remix does not disappoint. Lowering the tempo down almost five BPM puts the cosmic elements in a more spacious, groovy context. Definitely a bit of that old school Lost & Found sound here also, particularly after a colossal break when the track really delivers that peak time magic. Excellent remix from Monojoke once again and a great new addition to the Stellar Fountain roster in Cosmonaut and Rebus Project.