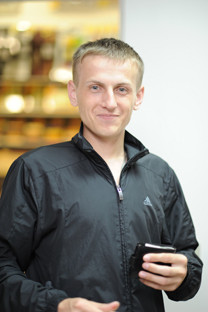 Plakhotin Sergey (Plahoy a.k.a DJ Plahoy a.k.a CJ Plahoy).Since childhood, I love music, writing their own tracks started in 2008. I have no musical education , and as much regrets. Special restrictions on the genre of music in front of you is not my, that is, until all of my work - is experimenting with styles. I can highlight the most preferred genres like Breaks, Drum'n'Bass, Big Beat, Dubstep.In 2010 finished his first album "Start", of course he went off successfully.

C 2011 became a resident of the label Somwhere Out There (Ulysse Records).

In 2012, with the support of AlhimiK SounD, a resident of online radio DOZA-FM ( Vitebsk) .

Top 100 musicians in 2013 according to the portal PromoDJ.

12  seats, Breaks
for the year ( all countries)