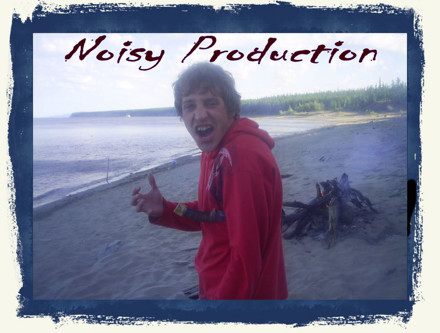 Noisy Production, which is known as Sergey Stulev in ordinary life, love music years in thirteen. With the end of the 90-ies of the XX century was obsessed with the idea to create something that is unusual and I am always involved in custom sounds and music. Already then began different ways extract the sounds of all that was making sounds, at first there were experiments with two cassette players and gram-player (the player). Later also used radio, removing the different sounds from noise and interference, and all recorded on a magnetic tape. Being a student, he worked as a dj in a local club and in the college there got some experience in the work with the sound. After many years of hard work, has let out the first release "MINCEMEAT", then still under the pseudonym Iotas - album of the twelve tracks.

In each track trying to achieve their own unique sound, so I chose experimental music because this music does not put any limitations and restrictions and gives full freedom of action of the creative process.