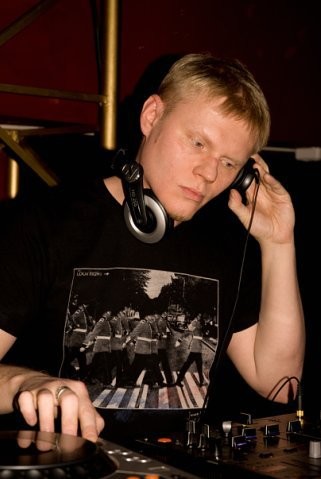 Mutabor – Pavel Galkin was born on March 23, 1972 in Moscow. In 1989 he started his career as a musician in a punk-rock group “Provocation” (attached to the Moscow rock-lab) as a drummer. In this very year after recording one album he left the band and started a solo career. He chose for himself more aggressive style – rap and recorded some tracks which were later included in his first album of the “Malchishnik” project. Since 1996 he had been gathering his first group, where he began experiments with electronic music. His first album that was recorded in Break Bit style was a new project “Barbitura”. In this project besides Mutabor were engaged DJ Dan and a guitarist Myshz. In 1997 the first album “Planeta Rock” (Classic Company) came out.

In the same year Mutabor put out his first album in House-style “Mutation” (Classic Company) and moved to New-York. There he spent one year making recordings at King Street Sounds & Nite Grooves. His singles Jazzy Time, Out’ta Vibes, Reel&Rules brought international fame to him. There he also had created his second house album “Mutaborica”.

The year 2004 was very fruitful for Mutabor: that time appeared:  an album "Korean and Mutabor - Way Out! ", “Pena” (“Foam”) by “Malchishnik” and “New Life” by “Barbitura”. In 2005 “Weekend”, the latest album of Malchishnik was released.
In 2006 Mutabor started producing documentaries about bikers e.g. “Easy Riders, Moscow style”, “Krasnodar’s Holidays”, “Crazy riders” etc. Since 2007 Paul is sound man at “Media City” film studio.

He performances as a Dj since 1997 in various clubs of Moscow, Saint-Petersburg, Yekaterinburg, Nizhni Novgorod, London, New York, Dublin, etc. At the moment Mutabor is developing a solo electro-punk project “Paltus Mutantus”.