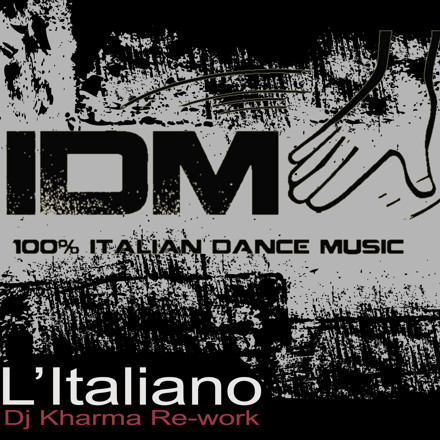 In English In Russian
ITALIAN DISCO MAFIA
Italian Disco Mafia is a team made up in the 2007 by Dj Peter Kharma & Andrew M and talented singer, imitator and showman Antonio Mezzancella, in 2020 the international dj and producer Gary Caos became part ot the team
The first project who took place was “L’italiano” (2009), a cult song, an italian hymn that brought the italian flag allover the world thanks to the national singer Toto Cutugno. After this first project ( that has reached thousands views on youtube and has been broadcasted by the major networks expecially in Russia ) borns the idea of presenting again some classics of the italian music in an electronic dance version, then they started working on other tracks of artists such as Adriano Celentano, Eros Ramazzotti, Biagio Antonacci, Pupo, Ricchi e Poveri, Lucio Battisti and many others, realizing a full album following the Italian Disco Mafia style that has distinguished them since the begging. Moreover MADE IN ITALY is the name of the Live Show they are performing all over the world. Some of the countries where they have already performed are Russia, Estonia, Lithuania, Kazakhstan, Germany, Spain, Italy.

ANTONIO MEZZANCELLA
Singer and imitator, as well as musician, Antonio is one of the most affirmed showman in Italy .  At the start of his career won the 47° Festival of Castrocaro Terme (Rai Uno TV) in the “new faces” category. He has been invited as guest to numerous television shows. Radio speaker, in 2014 begins hosting the tv show “A fior di pelle” on Agon Channel Tv and contributes to the shows Quelli che il calcio (Tv) Ciao Belli e lo Zoo di 105 (Radio) as imitator and special guest.
In 2015 Antonio hit the big time with the talent show TU SI QUE VALES hosted by Maria De Filippi, Gerry Scotti, Rudy Zerbi and Belen Rodriguez. Antonio gets the second place and becomes the new rising star of the show. In the same year starts playing officially with the Italian National Singer Football team.
He consolidated his popularity by winning for two years one of the most popular tv show and imitation contest in Italy TALE E QUALE SHOW with Carlo Conti. Antonio is one of the Radio Rai 2 speaker as well.

PETER KHARMA
also know as KRULEZ , Dj Kharma, Pacific Wave . Dj-Producer and musician in over 25 years of career he can count numerous collaborations with many big names of the Pop and Dance music scene, such as Simple Minds, Inxs,Toni Braxton, Chris Willis, William Orbit (producer for Madonna, Robbie Williams, Blur ), Guru Josh, Crystal Waters, Felix da Housecat, Giorgio Prezioso and many others.
His releases have gained over the years many times the top ten charts of most important music portals. Moreover were licensed by the most important record labels and compilations around the world. ( Atlantic, Sony Music, Strictly Rhythm, Ministry of Sound etc. )
Some of the countries where he has already performed are Russia, Ukraine, Estonia, Lithuania, Kazakhstan,U.K., Germany, Spain ( Ibiza, Mallorca) Netherlands, Italy.

GARY CAOS
An Experienced Producer, Dj, And Label Owner, Gary Caos’ Music Has Taken Him Around The World To Bring His Potent Blend Of Incendiary House To The People.
Having Released Tunes Through Armada, Ultra, Ministry Of Sound, Universal Streetking, Hedkandi, Ego, And More Scoring A Slew Of Top Charting Beatport Original Releases And Remixes, Gary Caos And Casa Rossa Has Been On A Nonstop Journey To Elevate The World’s Dance Floors With His Fiery House And Future House Sound. Gary’s Successful Music Got Him To Play In Several Venues And Festivals Around The World, Touring Asia, Usa And Europe.