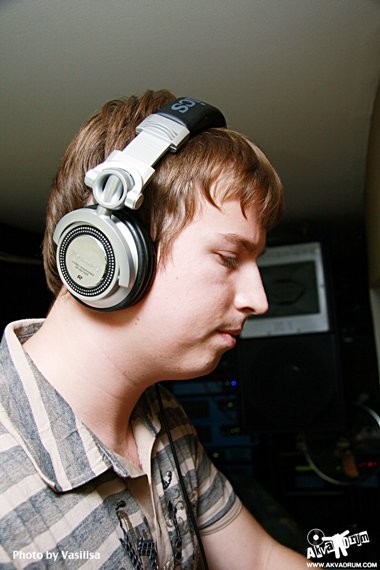 OLD! Check it out: "Long Time No See" and "Back To The Roots" mixes

Drum & Bass, Dark Side of the Force

I play electronic music of many different styles and substyles. From House and Electro to Drum&Bass and sometimes Breaks. My last preference is playing Drum&Bass on vinyl.

In my childhood I used to listen electronic music (like Prodigy, Faithless, Front BC). In the age of 10 (1997) I composed house music, recorded it on audio cassettes and played it at school disco parties. In addition, I made music compilations specially for theme parties.

Since 2007, I`ve become interested in Drum&Bass music, and haven`t missed any Drum&Bass party held in my city.

Soon, I learned basics of DJ skills and started to record my mixes in order to give that records to my friends.

In 2008 I was invited to Drum & Bass VIP open-air, where I played my first dj-set. And that was the start of my dj career: I started to perform at night clubs parties, open-airs and another Drum&Bass events.

In November 2008 there was my debut in Aquarel Cafe. I took part in annual theme party called "New Names", and later, in the beginning of 2009, I became resident DJ of Aquarel Cafe as like as member of Saratov (my hometown) Drum&Bass promo group called "Akvadrum Community".

Since that, I`ve played on the same stage with famous artists such as Cooh, Counterstrike, Lucio de Rimanez, B Soul, Nphonix, Bes, Dereck, Erik, I-rec etc.

On 23 May 2009 I`ve played my special set on the gold arena of "Pirate Station 7: Immortal" World Drum&Bass festival.