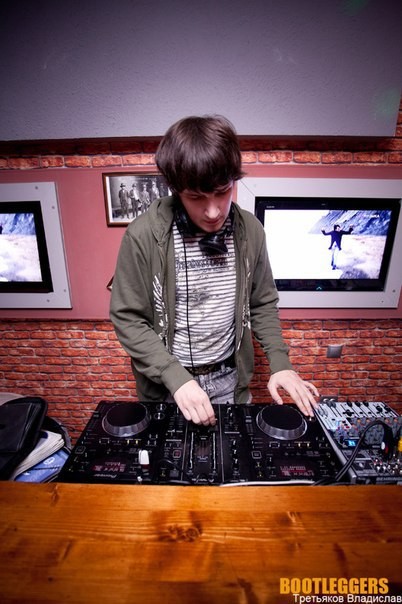 DJ / Beat Maker. C 2007 specifically keen on the music!
Sergey writes music, experimenting in different directions.
He plays mostly Progressive House, but it still prepodchtenih and Dutch, Club, Tech, Minimal House, Techno, Breaks, Drum'n'Bass, Dub Step, Lounge.
Since 2007, trained DJ Stage and his friend Alexei (Zvukar).
In 2009 received his first experience playing in night clubs, "Elysium", where he was spotted DJ / MC Taras, who took over me.
Next was a resident of disco-bar "chocolate", participated in a series of parties
In the same year in June, got his first experience of the full organization of the party at the Café Summer Party "Camellia".
In November 2009 became a resident of NC "Hawaii House"
In February 2010, played in the National Complex "Pyramid" and
NC "Camelot" at a party Staf Party.
March 9 Day DJ, took 2nd place in the Battle of DJs at Speed ​​mixing according to Staf Party
Art was a member of the group "Non-stop"
Soon friends founded the group Promo "Ritmika"
Where also includes DJ Paradox, DJ Krista and MC Lyoshin.
In May 2011 took 6th place in the Battle of the DJs in Langepas where DJs participated District.