Project SOM is Andrey Samoilov, the musician, DJ and  promoter,  founder and owner of the label “Positive Reaction rec”.
During the project existence, SOM has released 2 high-grade albums: "Contact your mind"
(Positive Reaction rec. (RU)/PsR Net Lable (RU)/2006) and "Psychedelic dream's" (Cosmogenesis rec. (UK)/2008),
and a lot of tracks on compilations of various labels. Acted on a large quantity of parties
and Open air's with well-known artists. In 2011 on Positive Reaction rec. there is a new album
SOM - “Morning trip” which includes 10 tracks written during the period 2009 to 2010.

SOM is always a show, unforgettable performance, positive magic music.
It`s the power - which he transfers to people on performances.
His own tracks are always a huge impression.
His mixes are the qualitatively picked up materials, the excellent technics of compiling.
And excellent mood.

Breakthrough DJ/Producer of 2009: Jonathan Allyn
The track that changed your life: New Order's 'Temptation'. Until that time I had been into industrial and punk music.
What makes a good DJ great: Consistency, integrity, and loyalty to his fans.
Most underrated DJ: Ismael Rodriguez from San Francisco. He has a brilliant ear for music.
Biggest challenge this year: Moving to Australia has made working on my new artist album and producing my radio show Rush Hour very tricky.
Top tech toy: The iPhone. I can sync it with iTunes to go through new music, check emails, watch movies, update my Twitter and take photos of my kids.

Despite being known as 'the biggest DJ in the USA', Christopher Lawrence moved from his home in Los Angeles to Melbourne, Australia this year which, because of his punishing DJ schedule, has meant that he's only "home for about 48 hours a week."

As a producer, Lawrence has put out trance smasheroonies such as 'October's Child', 'Attention' and 'Scorcher', which have cropped up in the sets of Sasha and Paul Oakenfold, as well as hoards of lesser-spotted DJs.

Since he started playing out in the mid '90s, his progressive trance DJ sets have steadily become more sought-after; these days he never has a weekend to himself. Luckily, his wife Sara is also a DJ and this year they launched a new electro DJ project called Mr & Mrs Smith.

"We did our debut set at Burning Man this year and it went brilliantly," says Lawrence. "It's been inspiring for me to play a new sound and exciting to work with my wife, who is a dance music veteran in her own right. Our sound is on the electro house tip, miles from what I play in my regular sets. But it's still tough, in fact Sara probably plays tougher than most male DJs out there."

Get Your Own Visitor Globe! 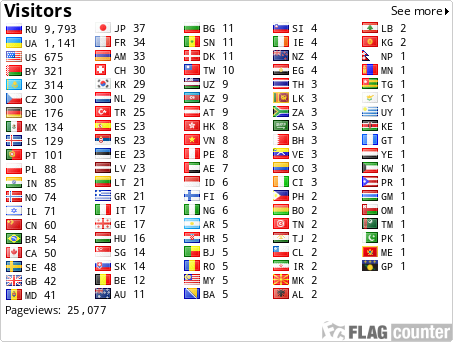