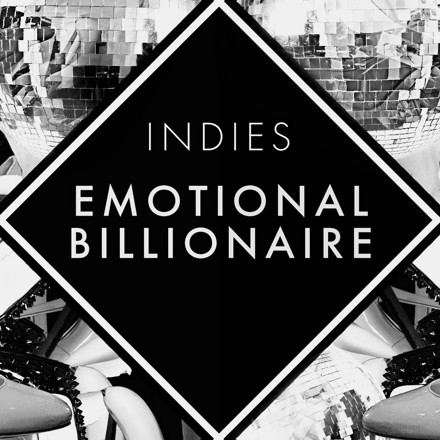 We're glad to announce winners of our remix competition for the song "Emotional Billionaire".

Firstly, we want to say that you've sent us a huge amount of good works and it wasn't that easy to choose the winner. So the final list you see is the list voted for unanimously.

The DJs which are not in this list - no despair - we've listened through your work too and it's also good - we're looking forward to cooperating with you in future. Some of you will get messages from us very soon

And now, the winners:

Remixes we'd like to see as official too, if the authors agree to make some corrections we ask for.

We'd like to see them as official remixes too, it the authors agree to make some corrections we ask for.

Remixes we also liked very much:

- Antome nothing but the club remix

We kindly ask the winners and the DJs in the list above to contact us in a private message.

Thanks everybody for taking part in the contest!

We wish you to keep doing what you do and never give up!

- Antome nothing but the club remix

INDIES is a rock-electronic band from Moscow, Russia formed in 2009. The guys shortly gained followers among Moscow demanding audience, performing in the most popular clubs, such as Soho, B1, Arena Moscow, Izvestia Hall, Solyanka etc.

After successfully supporting MIKA and OneRepublic during their Moscow shows, INDIES got attention of renowned sound producers and released the EP 'Light Edition' in early 2012. The recording took place in Moscow and New York, with the help of indie-production studio The Hustle Standard.

Shortly after being released the EP got very positive feedback from music professionals in USA, Australia, Sweden and Russia along with warm reception of fans.

In summer 2012 INDIES took part in RED ROCKS TOUR - a huge music event,  a part of Culture Olympics 2014, visiting the biggest Russian cities and performing on the same stage with such popular artists as Miike Snow, I Blame Coco, Datarock and many others.

In May 2013 the band presented a new video for the song ‘Emotional Billionaire’ starring top-model Masha Rudenko, who came exclusively from Los Angeles to take part in the video.

At the moment the band is ready with more releases and is signed for the Red Rocks Tour 2013.

INDIES are one of the candidates to play during the course Winter Olympic Games in 2014 in Sochi.