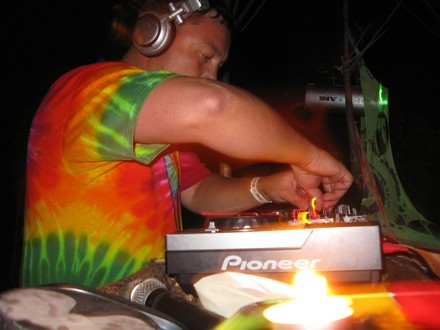 Narcotic Chill - Round The World 33

Forward  is Russian psychedelic trance and uplifting trance
electronic project originally formed by producer Vladimir Rodionov in 1996.
The first releases was produced along with B-Boy Tronik project in 2003 - 2004 and was published on CD’s.
Some tracks won a high places on the MP3.com Electronic Charts and on the Breakbeat chart in 2003
Later Forward improved his musical skills  and makes his own music.
In 2005 Forward debuted as DJ and began supporting Trance music at various parties.
Organised his own Psytrance parties.
These days Forward produces and releases new tracks and makes remixes,
plays at various gigs. Forward is a welcome guest at major Psytrance music festivals held in central Russia.
His music is energetic, full of drive, beautiful, atmosphere and epic.