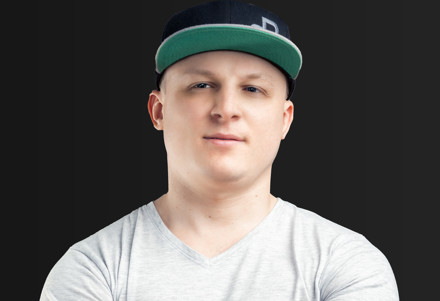 In English In Russian
Hailing from Russia, dR Bandito sounds like not much else, and is positioned to be one of the most exciting new artist in the next era of electronic music.

While some artists opt to build massive brands and flashy personas, dR Bandito goes by his own way ; a testament to the authenticity and originality sound of his work. The sounds comes from his head and heart directly to fans. Whether it’s wavy, groovy, or heavy, his music is assured to make you feel.

dR Bandito reaches beyond the scope of dubstep with each release — his 2022 debut single «New Codex» up to 1st Beatport TOP 100 and set the precedent for his future in dance music, offering listeners a new take on genres including dubstep, experimental trap and more.

Drawing his influences from nature, world music, and trap, dR Bandito has created a unique sound that has kept the newcomer turning heads both locally and internationally.

he start of 2020 established a new era of dR Bandito with the release of his genre-bending singles “Great Ceylon” and “Na Trenirovku” Both singles landing at #1 on the Beatport Top 100 and reaching over 300k streams on Spotify,