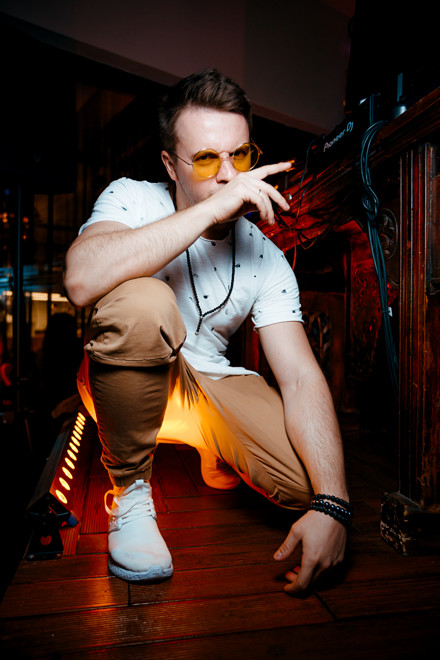 His obsession with music dates back to his childhood. He's got music education (classical piano). In 2006 he completed the professional courses in PRODJ SCHOOL, in which later on he taught the basics of DJ-ing and creating music in Ableton Live to the beginners. He started his career as a DJ in 2006, being a resident DJ in Kharkov clubs. In 2011 his debut works are released in German, British and Brazilian labels.

Later that year he moves to Kiev and creates a live-project 2.M.A.C.H.O.S. in liaison with Andrew MC. Remake on Duck Sauce - Barbara Streisand and Mikhail Galustyan, which gains over 2 000 000 views in two months, lends eclat to their project. The project releases mash-ups and bootlegs and actively gives performances on tours in Ukraine, Russia, Belorussia and Lithuania.

In 2014 LEO N as a solo live-project continues to give tours and release on European labels. Currently he is a resident of The Artist (Moscow) and of the chain of dance restaurants iLovecafe (Moscow).