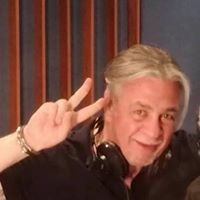 In English In Russian
Alberto Gucci (AG 64), was born as a DJ and radio speaker in the eighties collaborating with the greatest DJs and working in many Disco's and Radios. After a break lasting about ten years, in 2013 he returned to tread the scene as a DJ in Tokyo and Bucharest and began his career as a Producer obtaining important acclaim and international collaborations. CEO of ABF Recording.
DJ, Speaker and Producer. Since 2019 is CEO of ABF Recording. Since 2020 he has been distributing his Format "OVERTIME" for free to all radio stations that request it. OVERTIME is a program with all the best EDM songs (trance, highlight, electrohouse, dance-pop) released on the previous week. Who is interested to receive weekly the OVERTIME please leave a message in this profile.