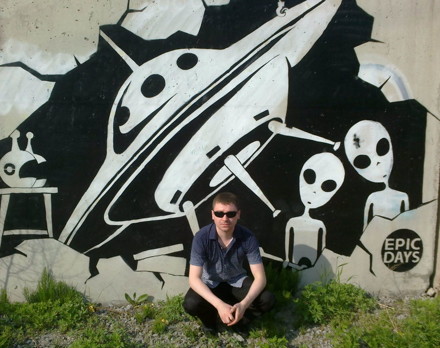 Rock OFF Rave ON

The "Centavra project" arose in 2007. The founder of this project is Dmitry Gutsu, the native of the Sakhalin region. Dmitry is engaged in creation a trance of the music called as Goa Trance. Interest in electronic music at Dmitry arose since the childhood. In the mid-nineties, Dmitry seriously was fond of electronic music to which his elder brother listened. Going on its feet, Dmitry opened for himself the new world, traveling from one style of music to another. In 2000 to it has incidentally the luck to see to thirty five minute video record with TV the "RAVE ON" program on which such styles:Techno, Goa Trance, Acid House, Acid Trance and others were built. At that moment where that there, at heart, prompted to it that is that energy of a sound which he so long looked for! A final decision to creation of the creativity, Dmitry accepted when got acquainted with the Israeli musical duet, playing in "Astral Projection" Goa trance style. They had huge impact on our Sakhalin guy! Since then also there was a Centavra project. In Dmitry's creativity it is possible to hear really Space motives transferring us somewhere to the unknown worlds and space open spaces, the accompanying fast, vigorous bits and percussion.