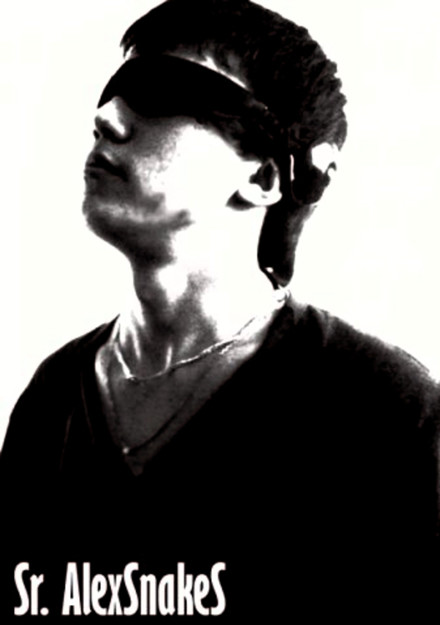 Sr. AlexSnakes real name is Alex, a love for electronic music began to take back to the school, a cassette player and record Tiesto, Prodigy, Erick Morillo, Pete Tong made his case.

In 2004 graduated from music school, full of ideas and enthusiasm, I decided it's time to "create" the most. I started to learn music software, at first, it was just a fad, but not much for me, music has become a way of life. Worked around the clock hone their skills here and first began skipping classes, then, and the steam in the university, to forget about the girls and their assigned date.

Dabbled in many different directions, "direct" or "broken" bit, for me, it did not matter, only to find himself, but would not leave MUSE, but inspiration did not leave, and I was incredibly happy. And give inspiration to meet new people, new people, new places to travel to other cities. At times, in search of the muse, I just sit down on a bus and go somewhere.

After a while, I came to the conclusion that we should not choose between Breaks and House, between Dub Step and Techno, to mix styles, what I do to this day.

In 2006, began to teach the art of writing music, later a talented musician   TonyWhite.

In 2011, "paid his debt to the Motherland", was released in the first release

In the same year, was adopted as a sound engineer at the Ulyanovsk region known radio "Radio 2x2" (www.radio2x2.ru)

In 2012, the author started the radio show   Metabolizm   on such styles as TECHNO, TECH HOUSE and MINIMAL

In conclusion I want to say just one thing ...

Dream and do not look at that, go for your dream!