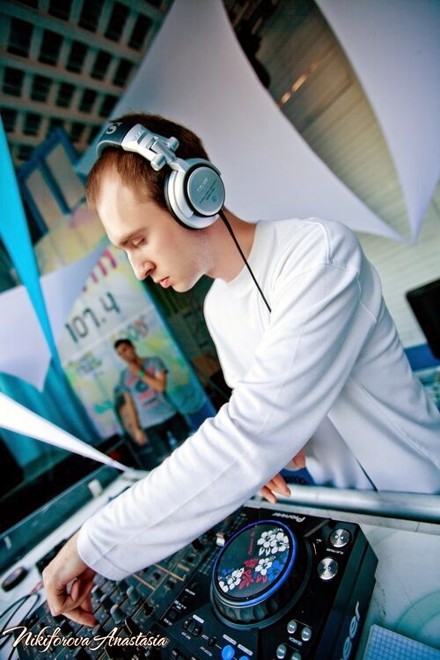 Alexander Gorbunov, aka 'voodler, was born in 1986 in the city of Stupino a suburb of Moscow. Interest in music appeared in his early childhood when he first heard of his favorite fairytales on a vinyl records. Love of synthetic sound came through passion for video games which led Alexander to computer club where constantly playing electronic music. He drew attention to the composition of such musicians and DJ's like: The Prodigy, Robert Miles, Paul van Dyk, Mauro Picotto, Alexander Shukaev (Sensorica), etc. Progressive interest to different genre evokes in him a desire to create his own tracks. He tries to write works in a pilot direction using various computer analogues such as, "MTV Music Generator" and "FL Studio".

In 2007 after several major psychedelic trance events, his musical tastes suddenly changed and chose his favorite style. Later on Alexander discovers program "Atomix Virtual DJ" and "Traktor DJ Studio" for the first time acquainted with the basics profession. The most important step in the direction of selection was the purchase of "Virtual School DJ One" which teaches foundations of theoretical and practical DJ skills. On the implementation of this goal the acquisition of its own set of equipment, it took him more than 6 months of hard work.

In 2008 he became part of "poliFANniya" group, and participates in the organization of summer series of discos in the city of Stupino where he improves lessons of mixing on practice.

Now he is a disciple of DJ-school "Headliner", where the director's name is Valera [ad] flash Nikiforov, and is a member of the band "Global Trance Promotion" promo group.