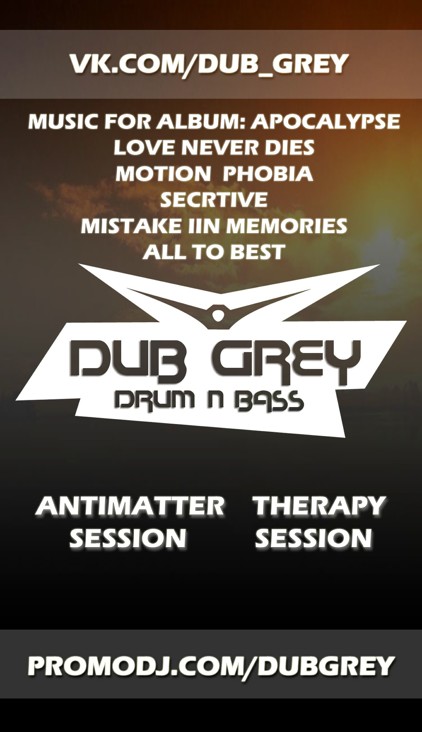 In English In Russian
The This name Demchuk Sergey Sergeevich. Began its activity as far back as 2009! Elektronna Music впечетляла me as far back as early years! First I liked Trance music! But afterwards I have opened for itself Drum & Bass! And sowed;sown for FL Studio, began to work on project, VWVlive for a while has grapped else and Progressive House! But Drum'N'Bass all cost(stand) on the first place amongst all styles which I like.
On given moment work in such style:
Drum & Bass, Dubstep, Dark Side, Progressive House.

Exists the ensemble a look at that forms present Drum & Bass. The Opinions disperse because of existence of the large number of the styles, from heavy тэк-steppe before soft ликвид-фанка. Dram-н-бэйс compare to jazz, where within the framework of one genre possible to hear the music, sounding absolutely on - a miscellaneous. Besides, presently Drum & Bass this more approach and tradition, than style.
The Guest on radio:
109FM
SQRadio