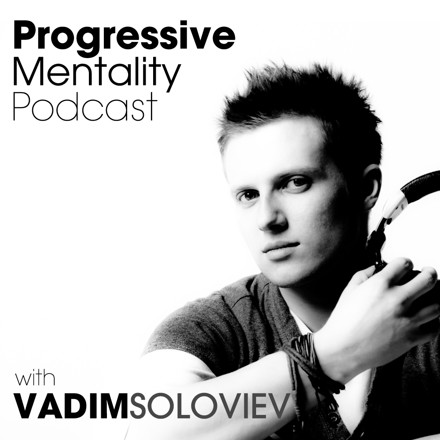 Vadim Soloviev – one of the pioneers among the Russian producers, started his career in 1998. As part of Sound Fiction project Vadim has become one of the first Russian musicians to break into the world’s music scene. He was one of the residents of the legendary Russian label “Atmosphere”, headed by Volodya Fonar. Nowadays Vadim’s music format balances on a thin line, absorbing the best of such directions as progressive house and progressive trance.

• Vadim Soloviev’s tracks are regularly supported by the world’s best DJs, such as Tiesto, Paul van Dyk, Armin van Buuren, Paul Oakenfold, Ferry Corsten, Above & Beyond, Andy Moor and many others.

• The works of Vadim have been released on such major labels as Armada Music, Anjunabeats, Lost Language, Intuition Recordings etc. Club music fans from all over the world nicknamed Vadim as “Russian Progressive Sensation“ due to his very unique sound.

• Quite a few works by Vadim Soloviev have made their way to the top positions in the charts of the largest online stores such as beatport.com and audiojelly.com

• As a DJ Vadim Soloviev has compiled the first in Russia’s music history official compilation of the legendary label Ministry Of Sound – “Clubbers Guide Russia”.

• Vadim Soloviev played his dj-sets in various clubs throughout Russia as well as participated in such major events as Creamfields, Godskitchen, Kazantip.

• Invited by Billboard magazine, Vadim Soloviev has become the first ever DJ from the former Soviet Union who played a dj-set during the most important international music conference – MIDEM, held in Cannes. Over the years the stages of MIDEM have seen performances of such world stars as Placido Domingo, Britney Spears, Peter Gabriel, Charles Aznavour, Celine Dion, Elton John, Tina Turner and many others.

• In 2010 Vadim Soloviev launches his own podcast show which is now available on iTunes and other major services worldwide.

• In 2012 Vadim Soloviev and his friends PROFF, Alexey Sonar and Sergey Tkachev launched their own record label called Intricate Records. Among the first artists recruited to work on the project were names like Martin Roth and Jody Wisternoff.