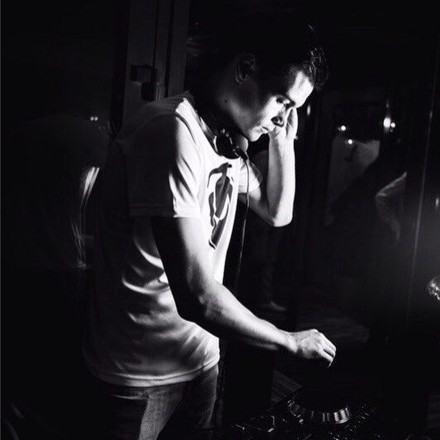 Everything has started with a massive two week long music festival on the beach of the warm sea, when “Hayders” appeared there in August of 2012. Tonns of the most amazing and wide in variety electro music has influenced him with the feelings of unspeakable emotion. After this kind of experience, he was filled with desire to be more than just a listener. Therefore after visiting the festival for the second time his music taste has changes to Psy Trance and House, which Hayders was so eager to share with others. As a consequence of a new desire in 2014 In Moscow, he was learning all the unique perks of the art of being a DJ, with a mentor Katrin Kittyx( the brightest representative of the Russian Psy Trance Stage).After the struggle to prioritize between Trance and House styles of music, the decision to focus on House music has been made. While his stay in Moscow a lot of experience has been gained from master classes with some outstanding musicians such as Viktor Strogonov, DJ Groove, M Pravda and Vyacheslav Shainsky. Another great experience for Heyders came from performing on private parties with an incomparable Cosmonaut, Katrin Kittyx, G-Lite and others. For the last two years the dislocation of Hayders is known to be Kazan city, where he appears to be a guest in places like SNOB lounge bar and Cinema Cafe, as well as a resident of LAFA lounge.