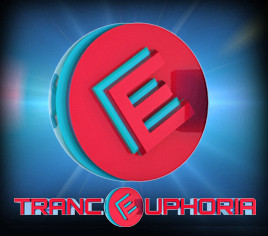 I started my career at the end of 2011. It started with the usual enthusiasm, but eventually grew into a DJ's favorite hobby. It begins with listening to the radio - show famous trance DJ, then engaged in the search for information on how and what to do mixes, radio - shows and so on. His first work, I like probably many did on Virtual DJ. But this I did not stop and continued to develop in this direction, At the same time, I had the idea to create the first own radio - show - Of Trance Music Show. After some - while I was already tired of working on a single program, and began working on Tractor. Of Trance Music Show lasted from late January until the end of July 2012. But in early August, I change the name of the radio - show, The Best Of Trance & Progressive Radioshow, this radio - the show I got a better job with him, I became a resident on the radio. Everything has gone up! Radio - show myself, as a DJ developing. In early 2013, I again visited the idea of ​​a change in the name of the radio - the show, but it drastically. The title, headings, format pomenyato all the better. Radio - show called Global Trance Connection.

Radio - show Global Trance Connection - a weekly 2-hour radio trans - show in the style Progressive & Uplifting, including regular columns 3, 1 time a month playing heading I'm Not Afraid Of 140!!!, Which is entirely devoted to Uplifting sound . almost every episode guest mixes play at the end of each month TOP 20 months

Friends, I will be glad to new acquaintances and cooperations!)))

Where and when can you hear my radio show? Answer: