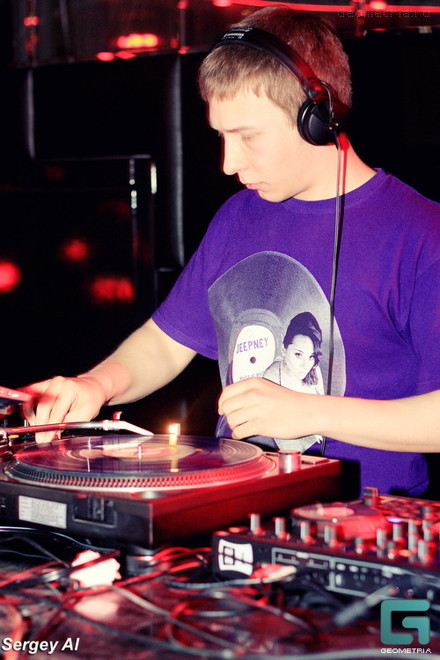 Next podcast episode is from DJ Roger, who lives in Taganrog and whom you may have already heard in RTPOD5 as a part of Digital Punks duo. Vladislav Molchanov was born in 1987. He joined the ranks of his hometown underground culture in 2006, and nowadays he still remains it’s faithful defender and keeper. He started playing schranz and hardtechno as a DJ in 2007, and in 2008 Digital Punks promo group (and DJ duo) was born. Currently, Vladislav prefers classic and experimental techno grooves, using vinyl and/or digital techniques. The mix he recorded for our podcast shows his preferences and devotion to the sound of proper techno that we promote. Enjoy! Z-chel has started his own podcast 3,5 month ago. It's not a long time, but now we have the anniversary podcast. As usualy, it's connected with bass, dubstep & something more than just good underground music.

First hour mixed by Z-chel himself & consists of fresh tasty sounds. And the second hour is a powerful set specialy recorded by RoGeR.

Hey yo! Wazzup, guys! It's first guest podcast by second member of "Digital Punks". Let me represent you crazy techno motherfucker from Taganrog, Russia - RoGeR. The man who adores techno from original to hard & wonky. Also he respect dubstep, wobble & heavy bass music. The 5th "Brokendubz" it's kind of experimental show, beacause for the first time consists of different electronic styles & few comments from RoGeR. But bass is dominatin' & breaks are rockin'! Just check it out!

Brokendubz Podcast005 by Roger on Mixcloud Next Russian Techno podcast episode consists of 2 parts, and it’s 2 hours of good experimental techno, compiled and mixed by Digital Punks creative duo from Taganrog. 2 DJs - Roger and Z-Chel geathered under this flag in 2008 to make proper, underground parties with radical dance sound. They both represent new wave of DJing, and combine new technologies with good old vinyl magic. Music taste is everything, and the attitude is the only thing that matters. So, here’s some techno with balls, served by Digital Punks…