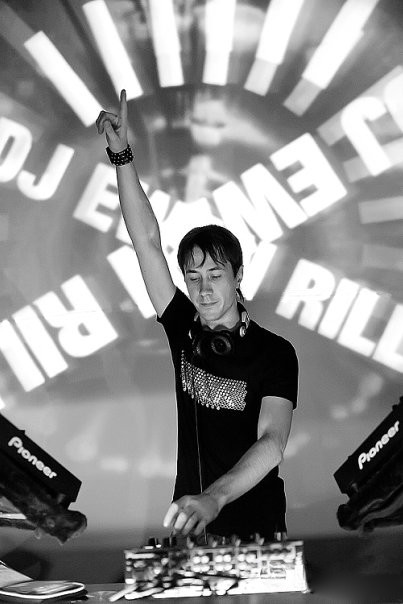 For every subtle listener there is a moment of getting acquainted with creative work of Russian musician and dj Ivan Romanovsky, as known as Ewan Rill or Deep Dusk art duet, which was created in cooperation with Moscow musician Antonio Efferos. Since 1997 there have been lots of significant events in Ivan's life. Paying special attention not to self-PR but to the music, Ivan has been perfecting his skills at numerous dance floors starting with his native Siberia, all over Siberia region, also in Moscow and now in Saint Petersburg. His experience was based on the experience of professional musicians from all across the planet, who Ivan met by destiny, had performances and communicated with; Chris Scott(Echomen), Barry Gilbey(Cho-Cho Records), Matt Darey(Nocturnal), Jerome Isma-Ae, Dino Ramirez, David Moreno(Ibiza Global Radio), Ronski Speed, Ferry Corsten, Sander Van Doorn, Jochen Miller, Rank 1, Dash Berlin, Sied Van Riel, Signum, Ruben de Ronde, Daniel Kandi, Brian Cross, Kyau & Albert, Supafly, Ian Carey had the most important influence on Ivan's music. Ivan has been working at absolutely different music stages with different producers and studying in details basic styles and laws of dance electro music, Ivan has chosen house, techno and trance as the base of his music preferences. Once, made a decision to brake the rules of show business, where one can buy and sell anything, Ivan had a courage to prove his importance by his own art. Thus, in 2005 he had his first tries to make and produce music. First realizes were made in cooperation with Deep Dusk band, at famous labels of sunny Spain and Italy - My Little Dog and Midi Mood. Tech house and deep house music was met with joy by Ivan's European friends, but didn't give an immediate result. Some time later, putting all his forces on it, Ewan Rill, at first humbly and then more and more intensively and successfully, was creating his own look in the minds of spectators from all over the world, setting his brain on his favorite music style - progressive house, adding more and more deep and techno sounds. First realizes were made at Balkan Connection, in Serbia and South America in 2007, and then because of amazing hard-working character of Ivan, his art spread in more than thirty different countries. Such labels as Lowbit, Stripped, Stellar Fountain, Vurtical, Baroque, Undertechnical, Mistioquemusic, Magic Room, Polytechnic, OLD SQL, Triplefire, Indigo, Liquid Grooves, Electromic Tree, Green Snake, Carica, Segment, Stereo Paradise, Stereo Enchained, Festival Lounge, KP, LuPS, Green House, Vise Versa, Dextrous, Dopamine etc... The list has been growing every year, and most part of the labels supports Ivan, inviting him to their musical families and communities. Several years ago Ivan's art has got a great support from a big electronics shop Beatport, if to speak in details, his tracks are in the top-ten list of progressive house best tracks quite often. Not speaking about the support of such veterans of music industry, gurus and wizards as Paul Van Dyk, Hernan Cattaneo, Dave Seaman, Nick Muir, Cid Inc, Jody Wisternoff, dPen, Jaytech, Darin Epsilon, Solarstone and Nick Warren in their sets. A very important event happened in 2014, when Matt Darey, a master and a legend of British dance floors, invited Ivan to cooperate. And Ewan Rill's mixes were sounding from absolutely different radio shows at FRISKY, Proton, DI.FM, TM, ETN.FM, 16BIT.FM...In order not to look baseless, we offer just to pay attention to the number of realizes, it has been over 200 in last two years, more than 350 tracks, not just stamped, but created with love and aim to win any listener.