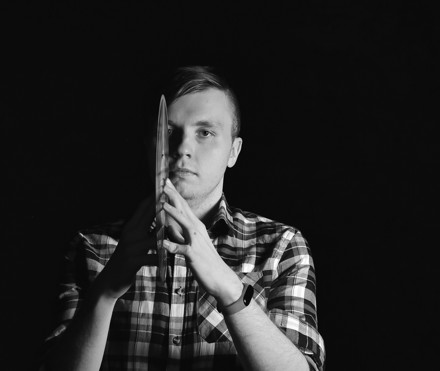 In English In Russian
Music is life? In a way it is. I began to get accustomed to music even in high school - it was then that I discovered the World of Electronic Music for myself. At first, I liked more mainstream compositions, but as I grow up, I discover more and more new genres in music.

DJing was taught to me by a good acquaintance and friend of the DJ (Thanks to Artem), starting in April 2019. Some time later, he entered a stable game in a bar in Moscow - Schrödinger's Cat (since August 2019). A cool bunker bar with its own underground atmosphere. However, I confess that for the money I played only twice for the entire period - at a closed corporate party and at one holiday. The rest of the time - once a week on Wednesdays he came and gave people high-quality music and a good atmosphere, without demanding anything in return. Then I played a couple of times in a bar next to him and from the same net - Neon monkey. Great bar with a Thai theme and cozy ambiance

I didn't manage to get into the residence - somewhere I myself was not completely sure that I could go further, somewhere I just couldn't get through to the art director and advance myself. I played there for about 7-8 months, made plans / lists of where else to try to go to advance - but in the end I delayed myself and then ...

And then quarantine went on and everything died out. He returned to his home, then returned in the fall with the hope that something might work out there, but in the end he ended up in his hometown, finally moving out with a friend from a rented apartment in Moscow.

At the beginning of 2020 I tried to start writing music, but somehow sluggishly, there was no idea, there was some kind of endless pursuit in my head - a difficult thing, and then the quarantine in my head finally tore the roof off.

And then the day came - November 15, 2020. Time 1:40 pm - I will consider this date as the beginning of my journey into music production. No deception and all sorts of tricks - I'll just say thank you if you read this, it was important for me to write somewhere besides notes in a notebook)