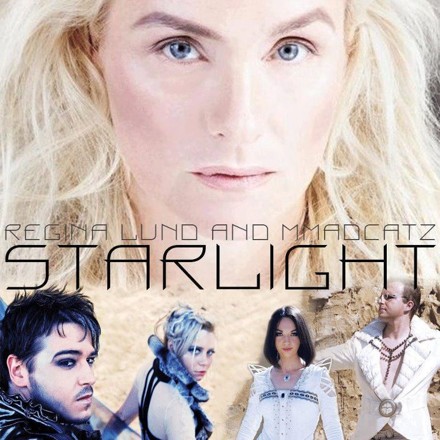 
The unique international pop-quartette MmadСatz exists because of web 2.0 — it`s members live in the capitals of four different countries, but in spite of this the band has recorded and released an album and even makes shows!

The band is formed of:


The special feature of MmadCatz is not in their music only, which is the result of various influences and tastes — from trance to musicals, but that the band meets only for working in studio and making live shows, at the rest time they coordinate their work by way of on-line blogs and social networks.

On March 2009 MmadCatz released their debut album «Beyond The Human Mind» on a Belarusian major label West Records. The CD includes 13 tracks which were written in the period from 2007 up to 2009 year.

On the threshold of the album`s release in autumn 2008 the band presented their first music video for the song «Flying Love» to public. It was a clip directed by Belarussian clip maker Igor Pashkevich. The video has been rotated on the belarusian music TV channels till nowadays.

MmadСatz songs could be heard on the various radio stations all over the CIS. Their music has been used as a soundtrack at the fashion shows by the Ukrainian designer Olga Zalutska, she also created the image of the band.

Concert performances of MmadCatz — it is not only live singing and dancing, it is an author`s video installations as well.

MmadCatz cooperates with producers, sound engineers and designers from every corner of the globe, quasi proving to all they have no limits for creative collaboration at this age of Internet.