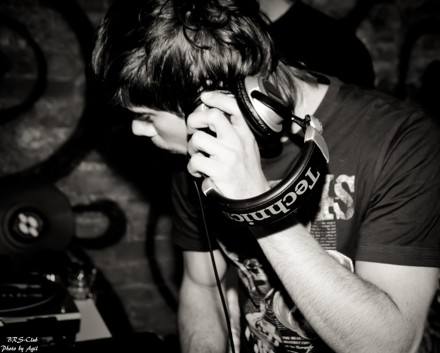 Our music is called techno, because we live with technology.

In 2008 worked in concert hall (with a capacity of 1500 people) as a soundengineer assistant. In the same year finished DJ school and trained skills in some places in Moscow (Newton Bar and the observation deck on Vorobyovi hills were among them) and on Cyprus.

Starting in 2011, has repeatedly went to the Europe Plus 107.3 fm Simferopol radio station broadcast with Tribal, Deep and Progressive House sets.

From 2010 to 2012 was trained on a speciality of the soundengineer in Ostankino Moscow Institute of TV and Radio. At the same time worked in Live Sound Agency as a soundengineer’s assistant in term of placing the speaker systems in Olympiysky, Luzhniki, Ostankino, other halls.

In 2013 received a diploma of Moscow State Academy of Law named after O.E. Kutafin on specialty “Jurisprudence” with the theme of “International Protection of Copyright in The Field of Sound Recording”.

From 2015 up to the present time studying at Humanitarian Institute of Television and Radio Broadcasting named after M.A. Litovchin.