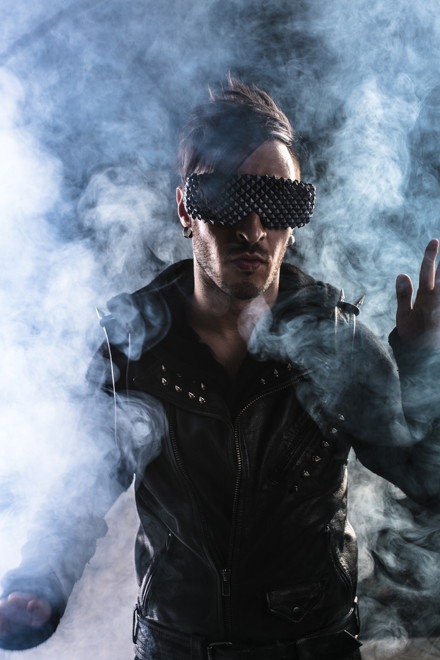 The first Dj Mikky Lovejoy dj-sets were played in cult russian club projects «2VA club» and «Troitza». These projects were started by Kto Dj? (Dj Boomer) in 2006, when «nu-rave» and «indie rock» was on top in Europe. As these club projects so the resident dj’s names became cult very soon.

Dj Mikky Lovejoy appeared on one stage with such world-famous musicians as Steve Aoki (USA), Diplo (USA), Proxy (Russia), Dj Chernobyl (Brasil), The Magician (ex-Aeroplane, Belgium) and many others.

Dj Mikky Lovejoy’ tour routes are stretching across through Europe from western points to Far East of Russia.

Besides the solo DJ project, Dj Mikky Lovejoy is playing back 2 back dj-sets with the MTV and the A-One tv-channels star VJ Chuck very often. Also, joint DJ performances with the cult MTV tv-host Alexander Anatolich are quite frequent.

Dj Mikky Lovejoy acted as the producer of the solo Dj-project of Aliona Pavlova – the finalist of the reality show "Bachelor" and reality show "Dom 2" TV-star. Djs Mikky Lovejoy and Aliona Pavlova are also acting together, with special back2back DJ sets.
Dj Mikky Lovejoy is acting as the vocalist and one of two producers of the new musical project – KIDO. Music of KIDO is a cocktail of the dance electronic mixed with bright pop rhythms and spiced up with perfect rock sound.
As a part and under the name of the KIDO project, Dj Mikky Lovejoy produced remixes for different famous musicians and music projects as – Michael Jackson, Serebro, Marsel, Anna Sedokova of VIA GRA, Artik and Anna Asti, and many others.  KIDO produced and published the EP «Risunki Na Stekle» («Drawings On Glass») in 2013

The tracks and remixes published by the DJ Mikky Lovejoy solo and under KIDO brand are widely spreading through the Internet and radio stations.
Not so long ago Dj Mikky Lovejoy produced two remixes for a track «Tvoya Ruka» («Your Hand») by the famous singer Jambazi. These remixes became very popular around international iTunes.

Few images of DJ Mikky Lovejoy were chosen to become a part of internal interior of the main Sports palace of the capital of Finland – "Hartwall Arena" (Helsinki).

Musical styles Dj Mikky Lovejoy works with are stretching from EDM including subgenres of club Housemusic and Trap, to oldschool Hip-Hop, Nu Disco, some Indie tunes and Mash-Up hits.