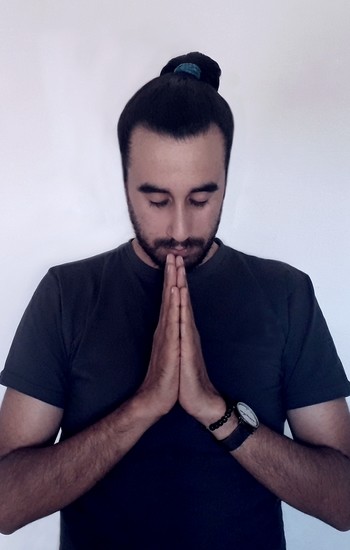 Kross Well In The Mix

In The Name of Tech House

In English In Russian
Ranked in the TOP 100 list on PromoDJ website as the best DJ and radioshow/podcast in many charts (House, Electro House, Progressive House…), Kross Well (based in Morocco) has started playing with the wheels since the age of 15 (back in 2008) just as an amateur, but day after another and year after another Kross Well started finding himself in this domain. And it was in August 2014 when he decided to start his weekly radio show under the name of “Kross Well RadioShow”, in the first 4 months the show was just an online one, but in the beginning of 2015 3 radio stations gave it a weekly slot an after that many radios around the globe adopted his weekly radio show, now he’s aired on many radio stations every week in Mexico, UK, Slovakia, USA…
After being chosen by “Philips Sound of Arabia” as one of the TOP 5 DJ’s in the middle east and north of Africa, in “Philips M1X Programme” (2014), and his qualification to the semi-final of a national DJ’s competition “Concours Master DJ” (hosted by Hit Radio & RedBull) in 2015, Kross Well has succeeded to enter many night clubs in Morocco as a guest DJ, so he mixed and rocked the dancefloor in many cities like; Marrakech, Safi, Casablanca, Tangier, Fez… He worked also as resident DJ in a lounge-Bar and a private beach in Casablanca, where he was charged of making people dance every afternoon and night, for more than 7 months (October 2016 – May 2017).
May 27th 2017, Kross Well launched a brand new show, a monthly one; "In The Name of Tech House", dedicated only to Tech House & House Music. In the last Saturday of each month Kross Well releases a new episode of 60 minutes, with the only brand new Tech House tracks.
Kross Well is also a music producer. In 2015 he produced his first original track, and in the same year he signed up his first official release with a record label in Italy “Noize Bangers Records”, which was a Progressive Trance track. And so, he continued producing music and he signed up two other tracks with the same label before making a free track in August 2016 celebrating 2 years of his weekly radio show briefly known by KWRS. And besides producing original music, Kross Well is also a Remixer & MashUps maker.
For Kross Well, DJing and making music are the only reasons that keep him breathing and pushing himself to new high levels.

68 position, House
per year (all countries)

50 position, House
per year (all countries)