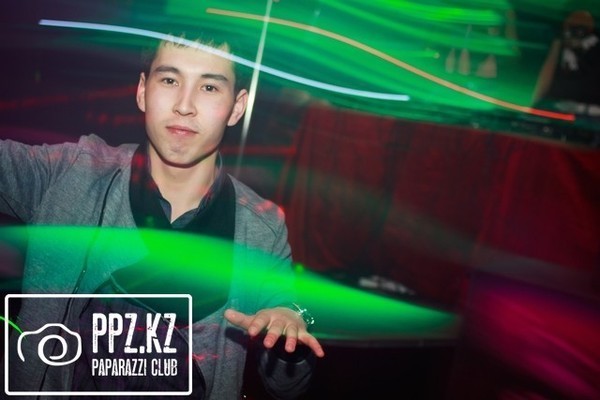 His career began KABEN in the year 2006 in a small town named Shchuchinsk (as the second Switzerland) where he was born and grew up working promoter and DJ in a luxury hotel "Park Hotel Kokshetau" www.4star.kz and one of the top clubs in the city that he was "LAS VEGAS".

He is one of the pioneers of House music in the club industry Shchuchinsk "Yes, it was not easy to move from a POP music and plunge the city into House Style".

In autum 2006 KABEN Bootleg release of the song Chia - My Neck, My Back (KABEN Supeer Booty Mix) and learn thousands of listeners, "I'm just shocked at how fast the track was sold to the cities".

In hit 18 KABEN had a reputation for outstanding fresh talent. Soon tthe summer of 2007 KABEN receives an invitation from the night club "DANCE club" and a month later enters info a contact for 3 years with another seasonally night club "TITANIC" which only plays Funky R&B.

In the winter of 2008 KABEN gets another invitation to play in the Kazakh capital, and a new year 2009, the year of KABEN seen already in the capital club "GOLDEN PALACE".

Hits success and latent KABEN secured in 2010, finishing 7th metropolitan batlle DJs and becoming one of the best DJ Astana. He soon moved to a more famouse club "FAMOUS" which focused on the club and the popular music of the European charts.

You can search long and compare, compare ratings and argue about the best, he's one and only much of his higs sets won the love of many fans all over Kazakhstan and abroad. Over the past 12 months he has not made a single weekend away from the DJ stand, and each set POROJAN listeners to the core - no matter how witch the audience amazing. "I'M just glad that life has found its way to success and music is the meaning of my life, which i realize their talent in a dream" - without any pathos he says.

In 2011 KABEN involved in the battle DJs in Kokshetau and one of the five best DJs of the city.

Tiesto vs Diplo feat Busta Rhumes - C'Mon (Catch 'Em By Surprise) (KABEN Booty Mix) included in The Best of Week according to The site www.MixUpload.org in March 2012.