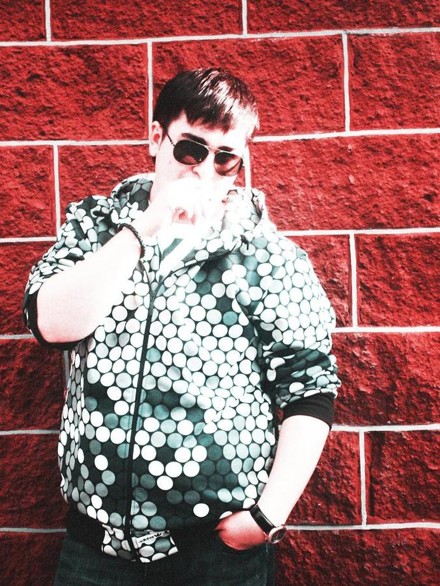 Idols: MY 7SKY  Doors in the sand

''Arkady Pavlov: Background Music Designed for the Edge of Russia.''

Arkady Pavlov is a young musician from the southern city of Ufa, in other words the capital of the Bashkortostan Republic. Ufa marks a significant place across Russian territory, a location where European traditions morph into a shared Tatar and Bashkir context, along with the discernible presence of many other neighboring ethnicities. The city is a bona fide melting pot. The entire region’s repositories of gas and oil have long made it a magnet for people from all over erstwhile Soviet domains; so much so, in fact, that Russians themselves only constitute 50% of the city’s population. In several senses, Ufa is – from a Russian point of view – very much the edge of an old imperial space; its sense of linguistic and spiritual distance from Moscow is heightened by the fact that Ufa is almost a thousand miles away.

It seems reasonable to suggest that these and various other factors of Pavlov’s hometown have led to his preference for quiet, atmospheric instrumentals. He makes no loud claim to any political or regional issues, not does he use his music for grandiose posturing to the benefit of a large ego. Instead his very simple compositions are modest, unassuming elements of a project that he often refers to as “ambient” in intent. Their idm percussive elements, however, would perhaps make them more suitable as atmospheric, background music for a social space, rather than anything associated with outdoor field recordings. Exactly what kind of social space is discussed below.

In the meanwhile, our musician positions himself – fittingly enough – between red bricks and flower beds, indoors and out.

Pavlov began writing music at the early age of “10-12″; he started so long ago, it seems, that his youthful memory was unable to fix the precise date for later use. “At that same time,” he says (in the third person), “Pavlov was only writing simple, almost senseless tracks. Later, however, he came to realize that music would be his calling – for the rest of his life. And so he set his mind to the study of how various sounds could be synthesized. This meant endless hours at a computer screen and experience [in digital composition] that would come to play an important role in his future activities.”

His studies, in other words, conducted alone and without recourse to outside help or advice, increased the likelihood of an introspective, restrained musical register.

Eleven months ago, he published his debut EP, “Minutes of Love,” shown above and represented by the first three tracks in this post. It was published by the Moscow chllout label, Ambitonica – whose very name speaks to the vague space(s) between ambient compositions and electronica in the broader sense of the word. By now, Pavlov was happiest defining his works as “easy listening and minimal.” An ease of perception, according to the logic of his phrasing, came from “minimizing” one’s sonic canvas. The less one was audibly present in a work, the easier it was to listen to.

His releases have grown in length and frequency over the last year, focusing upon what he now refers to as “electronic ambient with elements of classical music.” He claims elsewhere that “for the meanwhile Arkady is continuing his efforts in that style. He plans to publish a large number of singles and albums in the future. They will all be characterized by the same deep and appealing sound.”

Not only does intend scribbling a lot more, but he has turned his efforts to the gathering of similar works by other musicians. On the blog section of his page at PromoDJ, he has put out a number of calls: “Send me the tracks you have in the styles of ambient, modern classical, or acoustic ambient!!! Tracks in any other styles won’t be listened to! And don’t try slipping me something along the lines of ‘ambient-electro house,’ either! ”

A nervous public stays off the streets, lest they be yelled at.

That rather severe editorial policy has not, it must be said, led to many contributions. In fact, almost none at all. And so a gentler request has appeared: “Hey, guys! Where’s all the gentle, warm-sounding, homemade minimal music? Send me your tracks! I really want to know what OUR RUSSIAN musicians are up to! PS: Please don’t send me anything that sounds prickly or tries rocking out! Just the things that can be listened to!” At least the negative comments have been relegated to the status of a postscript. He also, for the first time, speaks of “homemade” music as the most desirable. There’s a slow retreat into the warmth and comfort of a domestic environment. A move towards modesty.

In his ongoing desire to define the origins and implications of his instrumentals, Pavlov has recently included in his web presence a Russian-language article on the history and philosophy of ambient composition. Two notions or outlooks are stressed with particular emphasis in the body of the text, sketching the background to today’s artists.

The first of these is an outline of pre-WWI experimental music written by Franceso Balilla Pratella (d. 1955), the Italian composer. In one of his manifestos, Pratella declared his belief that the sounds of progressive industrial enterprise could replace the dusty, bourgeois structures of traditional harmony. Industry could sideline orchestras. He dreamed of a machinic aesthetic that would “give musical animation to crowds, great industrial shipyards, trains, transatlantic steamers, battle ships, automobiles, and aeroplanes.” These sounds – as various forms of (noisy!) field recordings – would celebrate “the domination of the machine and the victorious reign of electricity.”

These same Italian ideas fed directly into Russian Futurism and the romance of early Soviet art, too. Needless to say, that Russian future per se didn’t go entirely as planned. Today, for example, a lot of machinery used to run Bashkortostan’s core industry of oil processing is in poor condition. Many of the processing plants are, seemingly, operating to the private benefit of high-ranking dignitaries; while the plants still manage to function, therefore, any resulting profit is not trickling down to the public level. Today’s social trajectory is defined by a demise of heavy industry, the lessening role of Russian investment, and the return of Bashkortostan’s pre-Soviet diversity, with Russian, Tatar, and Bashkir families almost equal in number outside of Ufa.

Pavlov’s music has retreated from the pushiness of early editorial demands and accepted instead the modest, if not humbling dimensions of a “homemade” studio. He is back once again behind the monitor. Reflecting the new membership of Russian culture among the more fluid social/ethnic patterns of recent years, musical elements of non-Russian traditions have found their way into his work. The later audio files in this post mirror those changes, especially in his new project known – thus far – as Laubfall. Born in October of this year, Laubfall is the work of Pavlov and another musician, whose identity remains a deliberate secret. One step beyond a merging of neighboring cultures, it seems, are shades of anonymity.

These same nods and winks in the direction of author-less compositions lead us to the second “key” moment in the history of ambient. The Russian article chosen by Pavlov to document some (appealing) emphases in the annals of minimalist music stresses the work of David Eno. It pays special attention to the LPs of the 70s designed for airports and other quietly social, non-directional, and decentered spaces.

The forward drive of Pratella’s “victorious reign of electricity” has come to an end among the oil-processing plants of Bashkortostan – and replaced by a cultural diversity that was unnaturally “managed” by Russian/Soviet pragmatism. As social forces reconfigure themselves in the empty buildings of post-Soviet enterprise, one young man weaves northern and southern sounds into what he sees as ambient tracks, reflecting the ongoing noises of a process that has no (pushy/insistent) author or ideologue.

Above we saw that Pavlov equated authorial minimalism with an increasingly “easy” aesthetic. These later tracks, in that case, with no real sense of agenda or attitude, are the sounds of an easy-going, natural interface. This is “background music,” in the best sense of the word, as many people(s) go about their business in Ufa, paying less and less attention to what used to be important.